The top 1 percent is richer in some states than others

The top 1 percent is richer in some states than others

Income inequality has increased since the Great Recession, and President Barack Obama has prescribed an antidote in the form of so-called “middle-class economics” – tax reforms and education spending to help the bottom 99 percent of earners climb the economic ladder.

On Monday, the Economic Policy Institute issues a report, “The Increasingly Unequal States of America,” that offers a new look at income inequality in states and regions of the U.S.

According to the report, the average income among the top 1 percent of earners is $1.3 million a year. (Note: income includes pretax wages, salary, bonuses, employee compensation via asset transfer [e.g., 401k contributions or stock option grants], and investment income such as dividends, interest and capital gains; most recent income data in the report is for 2012.)

In Connecticut and New York, the average income among the top 1 percent is more than $2 million a year. And in those states, the income ratio between the top 1 percent and the bottom 99 percent is approximately 50 to 1; significantly higher than other states, says economist and report co-author Mark Price of the Keystone Research Center in Pennsylvania.

“This is pretty thin air at the top of the income distribution,” he says.

In oil patch states such as North Dakota, the top 1 percent are also doing better than before the recession. But in that state, the income gap is not nearly as great as in Northeast states dominated by the financial sector. In North Dakota, average income for the bottom 99 percent has risen 21 percent in recent years, Price says. In New York and Connecticut, pay for the bottom 99 percent has declined. 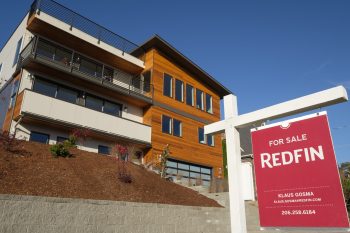