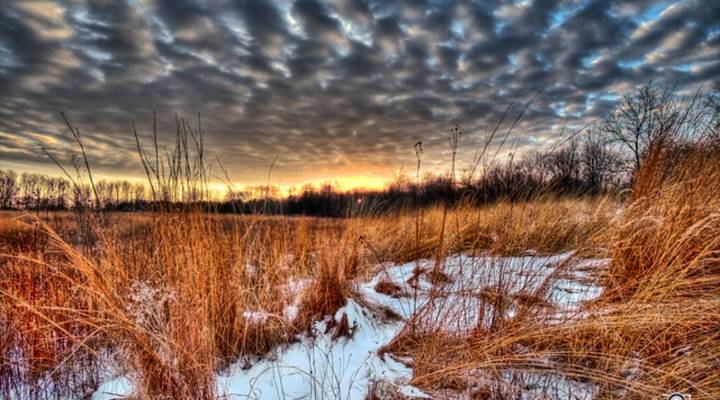 COPY
A wInter sky at sunset over Sugarcreek MetroPark in the Dayton, Ohio, area. Jim Crotty/Flickr

I’m in a dry overgrown field of thistles and goldenrod with Michael Enright, the conservation manager with Five Rivers MetroParks.

“I’ve been to Africa several times and it reminds me of the savannah there when I look out across it,” says Enright.

Not too long ago, this was a trim, manicured golf course called Larch Tree. The private course in the Dayton suburb of Trotwood went out of business after the recession, and the parks district bought it to turn the 190 acres back into a mix of wetlands, streams and grasses. The property is adjacent to wetland restoration area of over 350 acres already owned by MetroParks, so the project will result in more than 500 acres of contiguous wildlife habitat just west of Dayton.

A Clean Ohio restoration grant helped cover much of the cost of the purchase. Enright says it helps that property values around here are low and not much is getting built; they weren’t competing with developers for the land.

Golf courses have been closing down by the dozens, and old greens have gone wild in Michigan, Tennessee and even California in the last few years. Florida attorney Dawn Meyers says in her neck of the woods, developers often grab up property quickly, but she says the neighbors usually don’t want a bunch of buildings going in.

“They like the view, they like the open space and they don’t want to see it developed into anything else,” Meyers says. She says parks or wildlife areas could be a good option. “No matter what happens on this property, it’s not going to be a golf course any more.”

For Dayton’s parks district, the deal is working out pretty well: Once the restoration is done, MetroParks will pay it off by selling wetland mitigation credits to developers who’ve destroyed wetlands elsewhere  – it’s called mitigation banking. In California, at least one company is working on a golf course conversion into a mitigation bank as a private enterprise.

As we’re leaving Larch Tree, a neighbor, Elmer Williams, pulls up in a van.

“Are you allowed to fish in here?” He’s been fishing the pond since the golf course closed – he’s happy it’s going to be a park. “I think it’s great! You know, someone needs to take it over and make it back to something good. Add more fish.”

The marshy ponds and crumbling trails are already open to the public. 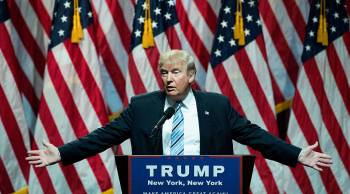