As the ruble crashed and the Russian Central Bank hiked interest rates to record highs, the lead story for most TV stations in Moscow was not the country’s dire financial crisis. It was this: “President Vladimir Putin has won the annual Man of the Year award for the 15th year running.”

Russia – under Putin – is not exactly a haven of press freedom. Indeed, one group of disgruntled journalists is so disgusted by the level of censorship at home, they just left Russia, settled in the Baltic state of Latvia and launched their own independent online service with the aim of providing Russians with objective news. Their departure was triggered by the firing of a well-known, independent editor.

Galina Timchenko was editor-in-chief of the Russian online news service Lenta until earlier this year, when she carried some stories that were critical of Russia’s involvement in Ukraine. Timchenko was fired and replaced by a PR man who is very close to the Kremlin. Speaking from her self-imposed exile in the Latvian capital of Riga, she says the oligarch owner of Lenta was leaned on by the Russian government.

“It’s a very usual situation to put pressure on the owner of media,” she says.

That is an understatement. Russia is gaining a grisly international reputation for press censorship. It’s been ranked 148th out of 173 nations for press freedom, with Russian journalists, media workers and news providers receiving threats and sometimes even physical abuse if they publish anything negative about the Kremlin and its close allies in the business world.

Some in the media are fighting back. After Timchenko was fired, all 70 journalists on her staff quit in protest and 20 of them followed her to Latvia. In a converted warehouse in Riga, they’re producing stories for a new independent Russian language news service called Meduza. The service’s content is published not only on a website but also on an app, to prevent the Kremlin from barring it.

“It’s more difficult to block, and as far as I know there’s no example of blocking apps in Russia still,” Timchenko says.

The site is in its infancy, attracting around 81,000 visitors a day, compared with Lenta’s 3 million. Meduza expects to make its money from subscriptions, ads and app sales. For an organization committed to openness and transparency it is making an unusual move, refusing to reveal the cost of setting up in Latvia or the source of the money – and that’s ringing alarm bells.

“I find this problematic, the fact that this project would not actually reveal where the funding is coming from,” says Vladimir Strukov. He is an independent Russian commentator and associate professor of digital culture at the University of Leeds in England.

“This lack of transparency gives a sense that there’s something happening there and it breeds conspiracy theories among bloggers and other media users in Russia,” he says.

But Timchenko counters that by not revealing the names of her financial backers, she is protecting them from harassment by the Kremlin.

“I want to decrease their political risk,” she says.

Timchenko has given Meduza three years to break even but agrees she has her work cut out. In spite of Russia’s growing economic problems, Putin remains wildly popular. His message appears to be more appealing to the Russian public than what the independent media has to say.

Correction: A previous version of this story misstated Vladimir Strukov’s title. He is an associate professor of digital culture at the University of Leeds. 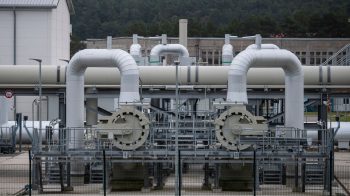