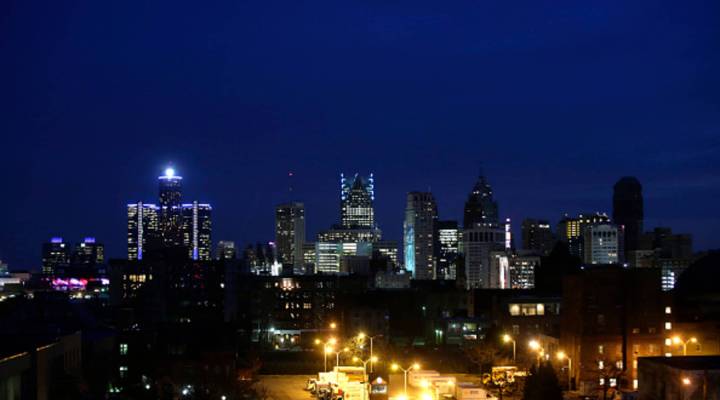 For troubled Detroit, could immigration help?

For troubled Detroit, could immigration help?

On Thursday evening, President Barack Obama announced a plan to use his executive authority to roll out major reforms to the nation’s immigration policy.

The action would grant up to five million unauthorized immigrants protection from deportation. The president is also planning actions to direct law enforcement priorities toward “felons, not families”, as well as permitting high-skilled workers to change jobs  and move more easily.

President Obama is heading to Las Vegas today where he will outline more details of his plan  at a campaign-style rally.

In cities across the Midwest such as Cleveland, Detroit and St. Louis, immigrants have been sought after as a way to sustain metro economies winnowed by decades of out-migration.

Immigration is viewed as one of the few tools available to bring the city’s economy back from the brink.

“Immigrants, including those who don’t have a formal education, can really be important to the labor force and to sustaining and revitalizing Detroit neighborhoods,” says Steve Tobocman, Director of Global Detroit, and economic development non-profit.

“It could have a huge impact is on kids,” says Sherrie Kossoudji, an economist at the University Of Michigan School Of Social Work.

“One of the things some of us have always argued is that immigration reform could be on the biggest anti-poverty programs we’ve ever had.”

Kossoudji says granting legal status has been shown to increase wages by 6 percent, creating all kinds of spillover benefits for families, consumer spending and tax revenue.