Twitter’s ‘junk’ rating is not as stinky as it sounds

Twitter’s ‘junk’ rating is not as stinky as it sounds

On Thursday morning, Standard & Poor’s handed Twitter a corporate credit rating of “BB-.” That’s “junk” territory, and Twitter’s stock spent the day falling nearly 9 percent. Who wants to own “junk,” right? But should a label scare investors away?

“Junk is kind of a colloquial term,” says Thomas Lys, a professor of accounting and management at Northwestern’s Kellogg School of Management. “Probably the more professional term is ‘non-investment grade.'”

The word “junk” oversells things, according to Lys. “If the headline read ‘S&P rates Twitter Below Investment Grade,’ people wouldn’t be jumping quite as much at the headline as ‘junk,'” he says.

Basically a “junk” credit status means a company’s debt is high compared to its earnings.

“The rating agency is less certain that Twitter is going to make its debt payments,” says Robert Neal, an associate professor of finance at Indiana University’s Kelley School of Business.

On the scale of junk credit ratings, BB- isn’t as stinky as, say a C, but it’s smelly enough that some investors will stay away.

“Many institutions, like pension funds, are restricted — they can only invest in investment-grade bonds,” says David Kass, a clinical associate professor at the University of Maryland’s Robert H. Smith School of Business.

Fewer investors and the lower credit rating mean Twitter will pay more to borrow money — from those lenders out there willing to hold their nose. And today the company’s stock price regained half of what it lost 24 hours before.

Why junk bonds are back in vogue 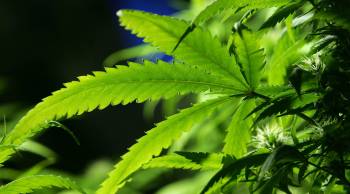 People are spending more on marijuana than on munchies