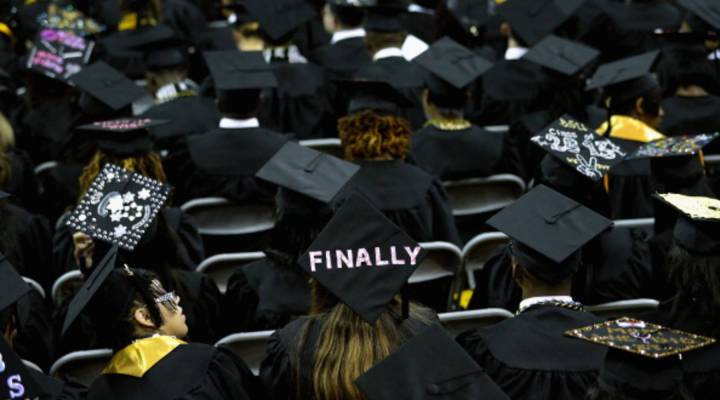 New statistics on student loans show the cost of newly minted bachelor’s degrees continuing to rise. The latest report from the Institute for College Access and Success says the average debt for undergraduates sits at $28,400, up 2 percent from last year.

But the people with the really big debt loads are not the ones to worry about.

Across the country, student debt levels vary widely, from student to student and college to college. Lauren Asher, president of the institute, notes that even though the rate at which tuition is increasing is going down, “that’s still growth on top of growth on top of much-faster growth before—far exceeding inflation, let alone where family wages are.”

But those students with the highest debt are typically entering more lucrative career fields.

“The people with the largest debts are the ones who went to professional school,” says Susan Dynarski, an economist at the University of Michigan. “They’ve got a B.A. already, typically the default rate for that group of students is about 3 percent.”

Compare that with students with just a bachelor’s degree defaulting at 16 percent, and even higher for those who drop out before graduating.