How important is a CEO to a company’s success? It depends.

How important is a CEO to a company’s success? It depends.

The question of how much a CEO has to do with a company’s success became critical in an Oklahoma divorce case this week.  Lawyers for the multi-billionaire who runs Continental Resources, Harold Hamm, argued that other factors  – including luck – had more to do with the oil company’s success than the CEO himself.

The judge in Hamm’s divorce case ruled otherwise on Monday. He said the CEO – credited with leading Continental’s acquisition of fracking sites in North Dakota and neighboring areas – played a central role in his company’s success, and awarded Sue Ann Hamm $1 billion, the largest divorce settlement in U.S. history.

Since the ruling concluded that Hamm’s wealth – a reported net worth of $17 billion – had been earned due to his efforts or skills, Oklahoma law mandated that it would have to be shared with his ex-wife.

Continental’s expansion began in the mid-1980s, when Continental was an Oklahoma-centric natural gas and oil company. Over the last three decades, the company’s value has increased 400-fold.

“The record is pretty clear that Continental made a whole series of decisions that were timely, and shrewd and courageous,” says Joseph Bower, a professor emeritus at Harvard Business school who taught management for 51 years.

Bower says when a company changes course, like Continental did, the CEO is the pilot. But while a visionary CEO can set the course for a company’s future, it doesn’t usually happen that way: The trajectory the company is already on has a greater impact on its future success or failure, says  assistant professor of management at the University of Georgia Timothy Quigley, who co-authored a study on the impact CEOs have on companies.

Quigley’s research shows CEOs account for up to a quarter of a company’s success or failure, while trajectory accounts for as much as a third.

“If we were to put my mom in charge of Wal-Mart tomorrow, Wal-Mart would probably still outperform Kmart for the foreseeable future,” he says. “The point is: The trajectory that the company is on matters.”

While the impact of chief executives may be limited in the U.S., it’s even more so in much of the rest of the world. In the U.S., CEOs have more power and discretion, according to assistant professor of management at the University of Notre Dame Craig Crossland, who has studied international business culture surrounding CEOs.

In societies where CEOs are given more discretion, “we’re more likely to see big hits and big misses,” says Crossland, giving the U.S. and UK as two examples.

Western Europe and Asia differ, he says, because in those countries collectivism is more important than individualism, so CEOs are less empowered and decisions are more often made by consensus.

“And the places we tend to see CEOs being given least discretion is in East Asia. So societies like Japan, like South Korea,” Crossland says. 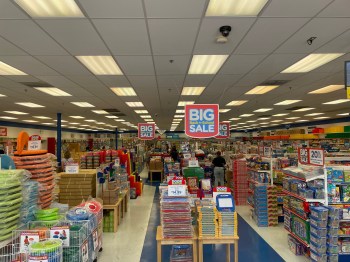