It’s Halloween, and at “Marketplace” we’re getting in the spirit. Marketplace Morning Report Producer Katie Long has been working on her costume:

There are plenty of stories to read and numbers to watch today — Japan’s stimulus, the ongoing legal drama surrounding Ebola quarantines, the impending midterm elections — but since it’s a holiday and a Friday, we’re going to stick to only the spookiest numbers today.

To get us started, Quartz is featuring the ten scariest economic charts out there. From European unemployment to student debt, keep repeating to yourself “it’s only a chart, it’s only a chart…”

Here are some other spine-chilling stories we’re reading today.

That’s how many people have died from accidentally eating THC-infused edibles since Colorado legalized medical marijuana use. Denver police have put out a PSA warning parents about the varieties of edibles that look like typical Halloween candy, the New York Times reported. There haven’t been any reported cases of people passing out edibles, and some Marijuana advocates say the claims are alarmist. Others are pushing for tighter regulation of the treats.

One of the best trick-or-treating neighborhoods in the nation — Noe Valley, San Francisco — according to a study by Zillow. In last week’s “Dear Prudence” column over at Slate, Prudie ripped into a self-professed one-percenter for griping about children from outside the area coming over to trick-or-treat. It’s a well-known phenomenon, also explored in a Washington Post column Thursday. The conclusion: don’t spend Halloween dressed up like Scrooge. 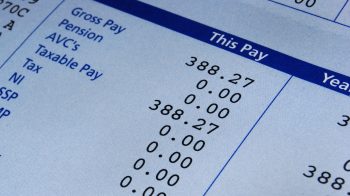