A push to hire the long-term unemployed

A push to hire the long-term unemployed

“Like the ability to delight the customer,” says Oddo, senior vice president of human resources. “How do you read that on a resume?”

So this year, Frontier has been moving from a resume-first hiring model to a video-first model. To do so, the company teamed up with a group called HireVue. As the system rolled out, applicants started answering a few questions on videos they could submit from their smartphones.

“So the very first evaluation that we would have of someone is how they communicated,” Oddo says. “And then we would look at their resume.”

The White House is touting this strategy and others.

“So they’re being unfairly screened out,” he says. “Often without the direct knowledge of the hiring managers themselves.”

A new guide to hiring the long-term unemployed recommends removing those filters. 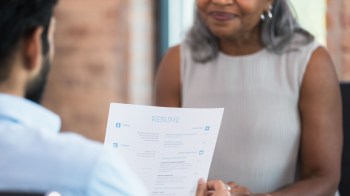