A year ago Jan Escobar was working part-time as a bank teller and going to school full-time at Montgomery College in Rockville, Maryland. Then his boss started asking him to work more. Escobar needed the cash and didn’t want to jeopardize the job.

“When you’re in a tight situation with your money, it’s harder to say no to extra hours,” he says.

Escobar, the son of working-class immigrants from El Salvador, thought he could manage the workload. It turned out he couldn’t.

“The way I planned it out, everything had to fall perfectly into place, and that’s really not likely at all,” he says. “It didn’t work out.”

Escobar ended up dropping a class—after the deadline—and wound up owing the school almost $500 for credits he never got. He couldn’t re-enroll until he’d saved enough to pay off the debt. The whole thing set him back a year.

“What you can see is that a few hundred dollars, a thousand dollars, can really derail a student’s success,” says Mike Wasserman, Massachusetts executive director for Bottom Line, a group that helps low-income students get in to college and then make it to graduation.

Situations like these are one reason low-income students are much more likely to drop out of college than wealthier students. One study from the Pell Institute for the Study of Opportunity in Higher Education found that only 11 percent of low-income, first-generation students (those whose parents didn’t finish college) had earned a bachelor’s degree in six years, compared to 55 percent of more advantaged students.

Colleges will often be flexible about things like an add/drop deadline when an emergency comes up, Wasserman says, but students may still have to give back their financial aid.

“Often families are using a student’s financial aid to keep the family going,” he says.

So even when the school doesn’t charge for dropped classes, students may have to return their financial aid, Wasserman says. If the money’s already been spent on rent and food, students have to find a way to pay it back.

Other times students just lose track of what they owe. A couple of overdue library books and an unexpected charge at the campus health center can add up.

Angel White had to take some time off from Western Illinois University to work at Wal-Mart so she could pay off a few hundred dollars she owed the school. After she returned, a financial aid snafu left her owing $1,300 she couldn’t pay.

When she tried to transfer to a less expensive community college, White says Western Illinois wouldn’t release her transcript. That meant she couldn’t transfer even the credits she’d paid for. She had to take several classes over again.

“The whole experience set me back a lot, seeing as though right now I’d be a senior in college instead of a sophomore,” she says. “It’s a very discouraging process.”

When you don’t have parents who can bail you out or help navigate the system, small mistakes and emergencies can carry a high price, says Nancy Leopold, executive director of CollegeTracks, which works with low- and moderate-income students in Montgomery County, Maryland.

“In many ways what they really lack is the slack that their more affluent counterparts have, that sort of room to maneuver when the unexpected happens,” she says.

“Many colleges now have opened the doors wider to admitting low-income students because they are interested in a more diverse student population, but they haven’t addressed the problems of keeping those students in school,” says Marvin Hoffman, who helps advise disadvantaged students from Chicago in a program called AIM High.

More colleges are turning their focus to retention. Some schools offer emergency loans or grants. Others have stepped up their advising to help students avoid pitfalls in the first place.

Jan Escobar went back to Montgomery College with the help of a mentoring program called Future Link. His mentor made him a deal: Future Link would pay half the debt as long as Escobar got more involved with the group.

“We’re in touch like twice a week,” Escobar says. “They’re always checking up on me to see if I’m doing my work.”

So far he is, he says. He found a job with more flexible hours, working as a host at a restaurant. He’s hoping to finish his associate’s degree in business administration next year and then transfer to a four-year college. 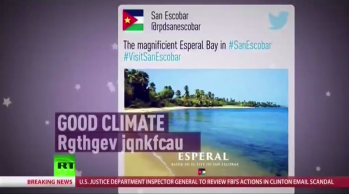