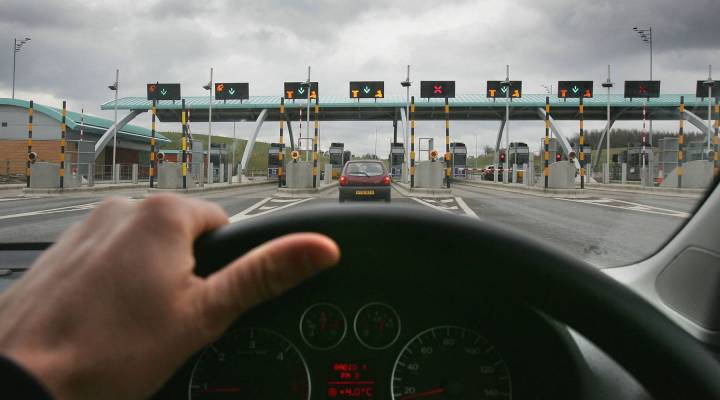 When private investors, not taxpayers, pay the toll

When private investors, not taxpayers, pay the toll

Nine years ago, Indiana’s then-Governor Mitch Daniels was looking for money to improve the state’s roads and bridges. His solution was a public-private partnership in which the Indiana Toll Road Company leased a 157-mile stretch of highway in northern Indiana for 75 years to the tune of $3.8 billion. The deal was supposed to benefit both the state, and the company, a Spanish-Australian partnership.

“The private partners would receive tolls that were paid by motorists and the state would receive a better, improved road and this upfront cash payment,” said Robert Puentes, a senior fellow with the Brookings Institution’s Metropolitan Policy Program. When the recession hit, Americans started driving less, and tolls became less lucrative. And while that became a problem for the Indiana Toll Road Company, the partnership meant that taxpayers weren’t on the hook.

“There’s no taxpayer bailout involved in this in any way, shape or form,” said Robert Poole, director of transportation policy at the Reason Foundation. “This is one of the advantages of these long-term deals. They shift the risk from the taxpayers to the investors.”

And, despite what’s happening in Indiana, investor interest in these types of projects hasn’t flagged, says Poole, who points to similar toll-road deals currently underway in Orlando, Dallas-Forth Worth, and northern Virginia.