What’s the craziest thing you’ve ever worn to work?

What’s the craziest thing you’ve ever worn to work?

The Suitsy is a combination between a business suit… and a onesie. It’s an idea by San Francisco designer Jesse Herzog, and it is exactly what it sounds like – a onesie that looks just like a suit, complete with fake buttons and a belt. The idea is for one to look professional enough for a workplace dress code, but feel like you’re wearing pajamas. Because you are.

“I mean, think, over the last 20 or 30 years men came to work in suit and tie, women came in jackets and skirts,” says Marcia Ruben, chair of the Department of Management at Golden Gate University Edward S. Ageno School of Business. “Over time it’s really evolved to be much more casual. I’ve been at companies where people come to work in sweat suits.”

Traditionally, dress codes were used to separate work from home, and to separate the role from the individual person playing it, says Jeffrey Sanchez-Burks, assistant professor at the University of Michigan’s Ross School of Business. “One of the things you find is a trend of trying to blur this boundary more — part of it’s a generational shift, part of it’s a cultural shift.”

This shift hasn’t come to all industries equally.

“Lawyers still wear suits and ties,” says Ruben, and the business suit is thriving in the finance industry. “But if you go into [tech] companies at least in Silicon Valley, men wear khaki pants, starched shirts, women wear pants suits, some people in sweat suits, even jeans – it’s all over the place.”

This has to do with what each industry is trying to convey to itself and to others, says Sanchez-Burks.

“There are certain industries where society would prefer there to be less change,” he says.

Banks who want you to trust them with their money are expected to communicate stability. “They set up their establishments in places that look like they were built by the Greeks and will last forever; creative accounting is a bad thing.” The traditional, expected dress code, signals a kind of stability and trust in the institution – you don’t see bankers, you see a grand institution you can trust with your money.

Likewise for doctors and their white coats – “I would be nervous if my doctor were dressed too casually,” says Ruben. In most circumstances, experimental medicine is not a selling point, whereas the authority of modern medicine is. The dress code is a way of channeling that broader identity, emphasizing the role and not the individual.

The tech industry, however is different. It isn’t less concerned with appearance – even non-conformists are sending signals with how they dress – it’s rather about which signal. Creativity and change are the selling points. And the casual or unorthodox dress code reflects that.

“By breaking people’s expectations you’re literally signaling a sense that something new is to be learned you’re trying to accomplish something that’s not necessarily mainstream, you’re focusing on issues from a new perspective, you’re signaling a break from tradition,” says Sanchez-Burks.

In the creative industries, the individual and the role are much more closely tied. So to get the best role – production of creative ideas – you have to make the individual comfortable. “There’s a feeling that if the work atmosphere is more relaxed, than people will feel more comfortable,” says Ruben. “I think some of the larger high tech companies where people are hiring knowledge workers and looking at them to be creative and innovative, that that creates relaxation and comfort.”

Luckily for radio reporters, nobody can see what we’re wearing.

And we can’t see you. Unless, of course, you tell us: What’s the craziest thing you’ve ever gotten away with wearing to work? 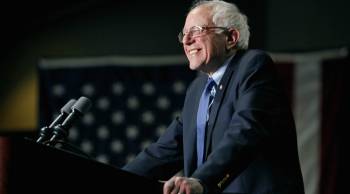