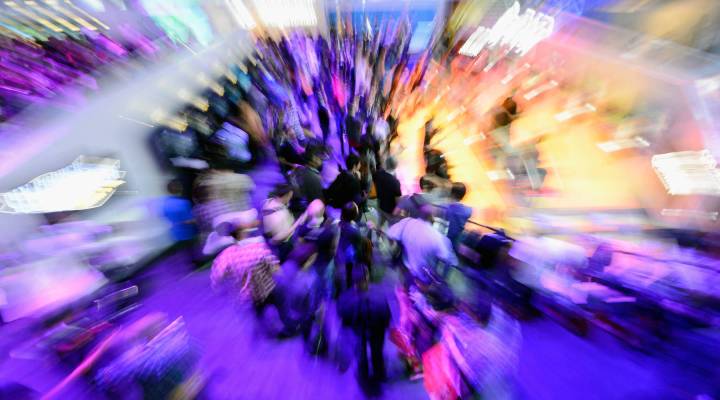 Questions raised over bullying in the gaming community

Questions raised over bullying in the gaming community

There’s a fight underway that’s tearing apart the community of people who play, write about, enthuse and obsess over video games. Earlier this month, the ex-boyfriend of game designer Zoe Quinn took to the Internet to publicly accuse her of infidelity. He said she’d cheated on him with a gaming journalist. Some gamers seized on the allegation and said a reporter and a gamer, whose work he might review, shouldn’t have a relationship.

It seemed like an allegation of journalistic misconduct, but what followed was a flood of threats aimed at Zoe Quinn online.

To help us understand what led to all this, we reached out to Jennifer Hale. She’s a member of the gaming community, an actress who does voice-over work for many video games.

There seems to be, in this response, some real misogyny — possibly even dangerous misogyny — in this community of people who play and write about video games. What have you experienced?

I had several friends advise me against even coming in here and doing this interview, because there’s a segment of the game community — it’s small, but it’s vicious — that is bullying. It’s giving the gaming community a bad name.

The community does not. These people within the community do. We need to police ourselves. I don’t know how to do that, because the members of our community that have called out to these people to stop doing what they’re doing are being then themselves threatened.

At the same time that Zoe Quinn is facing this torrent of abuse, a feminist media critic named Anita Sarkeesian releases a video criticizing the way that women are treated or portrayed in video games. She calls them background decoration, victims, prostitutes, then she gets pilloried for what she said. You’ve worked in the video game industry. You’ve done the voices for some popular characters. Does Anita Sarkeesian have a point?

I myself would love to see more equal representation of women in games, more empowered roles. Let’s remove gender from casting everywhere we can and play around with it. Let’s do the same with race. Let’s go on and create the next level. We can’t do that right now. I’m nervous about what this piece of the community is going to do to me for speaking up about anything, and that’s not OK. We can’t do anything until we deal with that.

Given the attention this back-and-forth has received, do you think we’ve reached a kind of tipping point moment where this conversation is bound to happen?

I hope so, because games are an incredible art form. I’ve used a couple of games to learn another language or recover from breaking my foot, things that would have stymied me. I think it is time for this part of the industry to fully step into [the idea that] we’re not fringe anymore. We can, without losing the awesome, kid parts of ourselves, grow up and become leaders in a really cool way. And this is hopefully creating a crisis that will help us do that.