LinkedIn censors its members in China…globally

LinkedIn censors its members in China…globally

Not long after I posted my Marketplace story about the 25th anniversary of the Tian’anmen Square protests on LinkedIn, the company sent me an email:

Australian journalist Fergus Ryan received this email, too. His post, a story he did about artist Guo Jian being detained in the run-up to the Tian’anmen anniversary, was also removed.

“I felt outraged, really. Because professionally, as a journalist, I feel that this is why a lot of people would follow me on LinkedIn,” says Ryan.

LinkedIn says it did not come to its decision to censor posts from its members in China lightly.

“It is difficult,” says LinkedIn’s Director of Communications Hani Durzy. “We are strongly in support of freedom of expression. But it was clear to us that to create value for our members in China and around the world, we would need to implement the Chinese government’s restrictions on content.”

But LinkedIn isn’t just blocking this content inside China. The company is removing these posts from its site worldwide. In LinkedIn’s email to me, the company explains it does this to “protect the safety of our members that live in China.”

“Yeah, well, I mean, bullshit,” says Chinese social media expert Jeremy Goldkorn. “Their Chinese members should be able to choose what they should post and they know better than a foreign company how to protect themselves from the government.”

LinkedIn got help from Shaun Rein, director of China Market Research, to develop its China strategy. Even he’s disappointed in the company’s censorship policies. “A lot of western players, they so want to make money that they actually do more to heed what they think the authorities want,” says Rein.

LinkedIn seems to have recognized this. Durzy says his company will continue to block sensitive content inside of China, but,”after talking to a number of people, we recognized that it may be better if we were to change our policy and allow that content and profile to be viewed outside of China,” he says.

Which leaves me wondering what will happen when I post this story to LinkedIn. 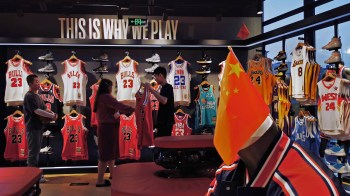 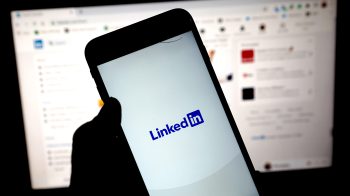