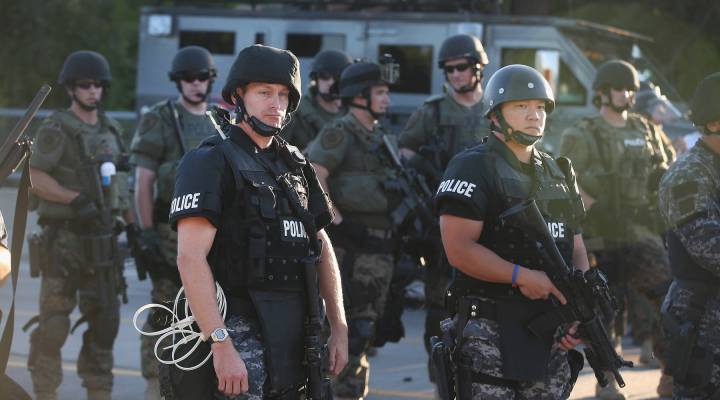 PODCAST: The rise of the SWAT team

PODCAST: The rise of the SWAT team

Ferguson, Missouri has been dominating the news this week. Front and center in the photos and footage of the protests there are SWAT teams. Police officers who have been trained to use “special weapons and tactics.” Turns out, it’s a kind of policing that’s caught on across the country. And it used to be that frequent flier miles were mostly used to buy airline miles. But these days, people are using their frequent flier stash to buy everything from cosmetics to back-to-school supplies. And the airlines are loving that. Plus, when the San Francisco 49ers take the field on Sunday for a pre-season game against Denver, it will be in their brand new stadium in Santa Clara in the heart of Silicon Valley. Considering that the 49ers were named in honor of San Francisco’s first big economic boom, it’s perhaps fitting that the team’s new home is in the heart of tech-land.