My money story: Why Chuck Eggert bought the farm

My money story: Why Chuck Eggert bought the farm

Twenty years ago, there were just under 2,000 farmers markets in the U.S. Now, according to the USDA, there are more than 8,000.

That’s been great news for many farmers, including Chuck Eggert. He’s the Founder and President of Pacific Foods of Oregon. The operation is one of the most successful operations in the Northwest. Ebbert talked to us about some of the keys to that success, including the need for good soil.

“When you look at conventional soils, there’s very little organic matter, so when you go to pick it up, it’s almost like a dirt clod,” Eggert says.

The key to finding good soil, he adds, is to look for animals scavenging.

“Because they know there’s seeds and bugs there that they can live off of.”

Click the play button above to hear about Chuck Eggert and life on the farm. 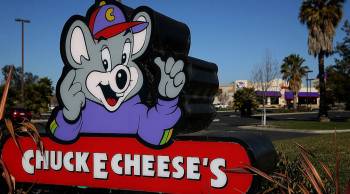 Chuck E. Cheese’s is about to disrupt the collector tokens market