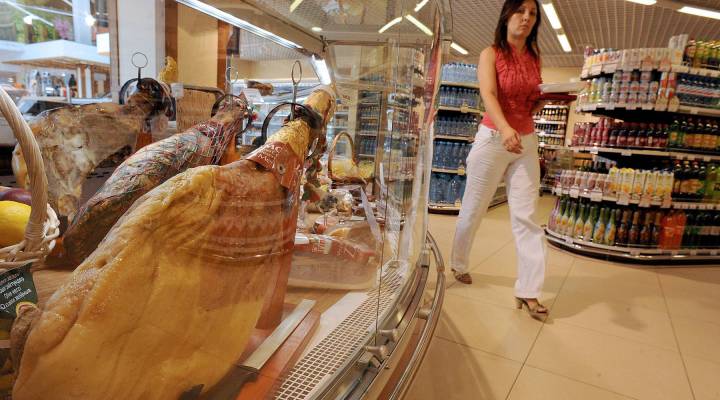 Russia swore off our chicken legs. But not to worry.

Russia swore off our chicken legs. But not to worry.

Russia is hitting back against U.S. and European economic sanctions with some of its own.

This is not the first Russian ban on U.S. foods. Last February, Russia closed its door to American beef and pork, citing a zero-tolerance policy to additives that are fed to U.S. cattle and hogs. U.S. beef exports didn’t suffer significantly.

“Even with Russia out of the picture, our beef exports set a record last year of more than $6 billion,” said Joe Schuele, communications director with the U.S. Meat Export Federation.

Beef exports to Russia may have halted, but the American poultry industry exported $129 million worth of chicken, mostly chicken legs, to Russia in the first half of this year. Still, Russia is only about 7 percent of the U.S. export market, down from as much as 40 percent in recent years.

“If this would have happened 10 years ago, it would have been catastrophic,” said Jim Sumner, president of the USA Poultry and Egg Export Council. “But fortunately our industry is far less dependent on Russia as one of our key markets.”

In 2013, the U.S. exported a little over $1 billion worth of foodstuffs to Russia, while the EU exported $16 billion. However, some Russia watchers think it may be Russians who bear the brunt of the ban.

“At a minimum, Russian consumers are going to see a large number of products disappear, and in replacing them they’re likely to see an increase in food prices,” said Steven Pifer, a senior fellow at the Brookings Institution.