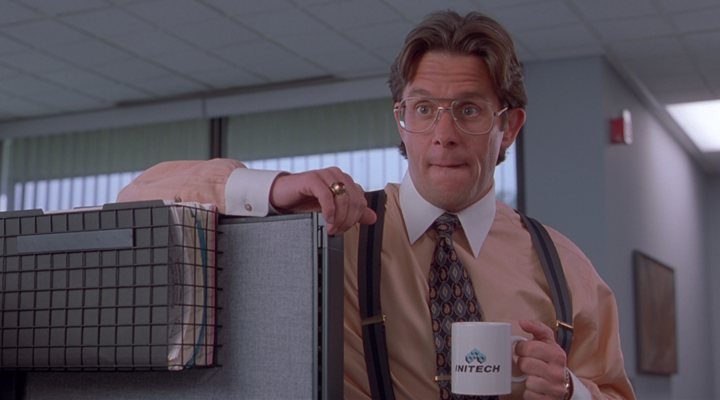 Can I ask you to blue sky that synergy?

Can I ask you to blue sky that synergy?

“Last week in my email to you I synthesized our strategic direction as a productivity and platform company. Having a clear focus is the start of the journey, not the end. The more difficult steps are creating the organization and culture to bring our ambitions to life…”

This is an excerpt from a memo Microsoft CEO Satya Nadella put out last month, announcing major lay-offs at the company. Entitled “Starting to Evolve Our Organization and Culture”, it got a lot of attention for its extreme use of business jargon.

But, as it turns out, using business jargon has some big advantages.

A new study from the University of Southern California’s Marshall School of Business found people who use business jargon are assumed to have a higher position within a company, and are seen as better leaders.

“What we found is that there’s something about abstraction that communicates that ‘I’m a big picture person,’” explains author  Cheryl Wakslak, Assistant Professor of Management and Organization at USC. “That’s what we expect powerful people to be like.”

In fact, says Wakslak, people who don’t use management-speak and, instead, lay their ideas out in a concrete, detailed way, are perceived as less effective leaders. Wakslak says we see this in the reaction voters sometimes have to politicians who get too granular with their ideas. “You want to know that a leader’s on top of everything, that your politician knows these details. But when politicians start to talk in that way, they get labeled as wonky and they just don’t seem as effective.”

“I remember when I first went to work a long time ago at a Xerox Research Center and I got a memo on the first day that said: ‘Cascade this to your people and see what the pushback is,'” says Geoffrey Nunberg, a linguist at the University of California Berkeley’s School of Information. “I thought, you know, I’m not in Kansas anymore.” Nunberg says business-speak really got going in the 1970s. “That was the moment when people started talking about corporate culture. That was when managers began to feel that workers could be motivated not just by their salaries and job security, but by a kind of language.”

Language that made people feel like going to the office every day was important and epic, says Nunberg. “You gave people a special language to speak that suggested that the work experience was somehow different and grander than the experience of ordinary life. You had champions in the workplace. You make mission statements and you have a vision.”

The rise of business-speak also came about just as executive salaries began rapidly outpacing line-worker pay. Jargon was a way for managers to differentiate themselves from people who were earning far less than they were. They began using it as a power play.

“Sitting in on board meetings and other things, you were at a disadvantage if you didn’t understand what they were saying,” says entrepreneur and investor Ron Sturgeon. Sturgeon started out working on cars after high school and eventually built a huge auto salvage business, which he sold to Ford. Sturgeon hadn’t been to business school, and when he first started sitting in on big, corporate meetings, he was struck by the use of jargon. “If you’re in the meeting and you don’t know what the term is, then you’re definitely at a disadvantage,” says Sturgeon. “And so the person would obviously have more power than you or seem more intellectual than you.”

Sturgeon became fascinated with the jargon and wrote and published a dictionary of business jargon terms.

But jargon isn’t always about power. Nunberg says business buzz-words are also ways for us to communicate larger issues happening around work and the place of work in our lives.

For example, now that flex-time has us working from our home-office, we sometimes have to unplug to achieve work-life balance. And women in the workplace are being encouraged to lean in and shatter the glass ceiling.

“Jargon arises very often in order to deal with new phenomena,” says Nunberg. “We are working differently now, we have different relationships to our workplace and our co-workers and we need new language to describe that.”

In other words: At the end of the day, there are a lot of moving parts in today’s workplace. And in order to authentically describe the transformational change we’re seeing in our relationship with our jobs, we need terms that facilitate new levels of communication so that we can more effectively circle back to these big picture issues, and touch base with how to best thrive and create effective synergies in workplace 2.0.

We’ve been asking around about your most beloved/most despised examples of business jargon. And, well, if we were ever going to make good use of a wordcloud…

All of you. Excellent deliverables.