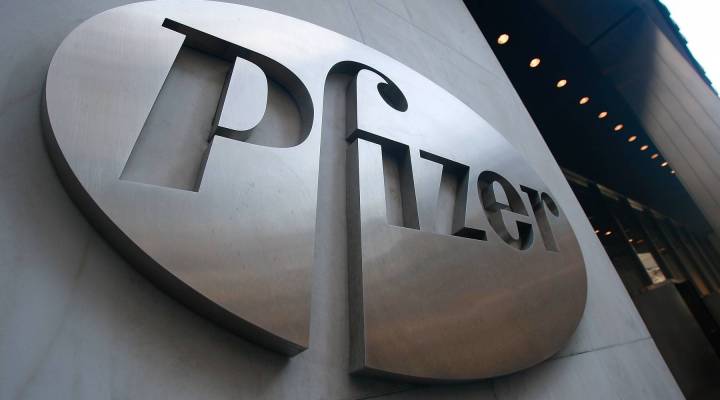 Inversion – ain’t nothing but a tax dodge, baby

COPY
A Pfizer sign hangs on the outside of their headquarters in New York City. Mario Tama/Getty Images
Marketplace Whiteboard®

Inversion – ain’t nothing but a tax dodge, baby

A Pfizer sign hangs on the outside of their headquarters in New York City. Mario Tama/Getty Images
Listen Now

Take AbbVie, a U.S. pharmaceutical company that wants to buy an Irish drugmaker called Shire. Shire won’t give AbbVie access to an exciting new market, or bring it any sexy new technology. What it will provide – if the merger happens – is headquarters in a country with much lower tax rates than the U.S.

This is called a corporate inversion. Companies that do this behave a bit like the homeowner who sells her beautiful, perfect house in one city and uses the cash to buy a hovel in a town with a great school. The house may be outrageously expensive, and it may be falling down, but the buyer doesn’t care about any of that – she only cares about being able to send her kid to the local school. She can work out the other stuff later.

The list of companies that have inverted is a long one. It includes Applied Materials, which acquired a Japanese company and reincorporated in the Netherlands; Chiquita Brands, which bought Irish company Fyffes and shifted to Dublin; Power Management company Eaton Corp. did likewise after it bought Cooper Industries; pharma company Perrigo bought Irish company Elan and moved; and publisher Omnicom shifted to the Netherlands after it bought French rival Publicis Group.

Moving overseas to save tax money isn’t a new phenomenon, and companies are careful to obey the law. But, the law has made things more difficult. Companies used to be able to just open an office in Bermuda and move, but they’re not allowed to do that anymore. Hence the inversion activity that we’ve seen recently – at least 20 in the last two years, according to sources cited by the New York Times.

Now, you may think that it’s fair enough for companies to do this: It’s entirely legal, and the 35 percent tax rate that corporations pay is a lot higher than in other countries. So why shouldn’t these companies move and save? They do it within the U.S., after all, moving from state to state to get tax benefits. Some Congressional representatives might agree with you. Others, like Republican Senator Charles Grassley, says inversion may not be illegal, but it’s “immoral.” I guess he doesn’t like seeing all those dollars leaking away overseas.

It looks as though the Obama Administration feels the same way. The New York Times reported recently that “the House Ways and Means Committee and the Senate Finance Committee are working on draft legislation for comprehensive tax reform that is expected to include new rules intended to curtail inversions while also trying to make the United States a more competitive place for multinationals to call home.”