Economy is booming… for now

Economy is booming… for now

There’s something stirring in the global market.

Around the world, assets are trading at prices that are unusually high by historical standards. When prices are high, return rates for investments are low.

In his recent article, Irwin writes investors are treading both paths worldwide. In Spain, investors bought government bonds at the lowest interest rates since 1789. In France, a cable-television company was given $11 billion in the largest junk bond deal on record.

The “boom” is the flurry of investments despite economic crises and those low return rates. And, it’s happening for two reasons, Irwin says. Businesses put more money in savings than in investments while world banks are printing money like nobody’s business.

But, “it wouldn’t take much to get into bubble territory,” he says. “So, we want to keep an eye on things and make sure things don’t really get out of control like they did in the past.”

Why should you care?

“This affects all assets on Earth — increasingly real estate, farm land, office buildings. The question is: Does it matter if you’re not one of these Wall Street deal makers? The answer is absolutely.”

Think savings, putting space on the market for rent or “if you’re a person saving for retirement it means that you can’t count on getting outsized returns, the huge returns you might have gotten in generations passed,” Irwin says. 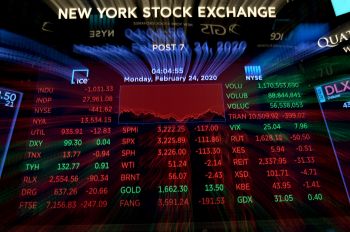