In advance of the press conference coming out of the Federal Reserve’s two-day meeting, a look at what to expect from Chair Janet Yellen. Plus, more on the debut of the amazon phone. Also, while some criticize the U.S. for not making anything anymore, several fabricators and makers head to Washington, D.C. as part of the ‘maker movement.’ 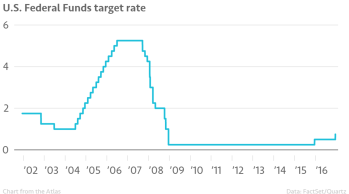 Interest rates are inching up