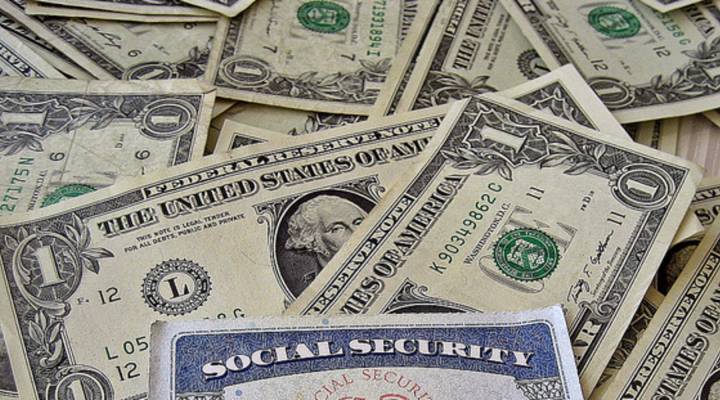 There’s an anecdote Mary Beth Franklin likes to tell about the office of the Social Security Administration having a dartboard with her face on it.

Franklin, an author and contributing editor at Investment News, has spent years exposing helpful secrets about how people can maximize their Social Security dollars. She says that’s information you likely won’t get if you give your local SSA office a jingle – at least, not without the run around – and it’s becoming increasingly difficult for people to understand the right moves to make concerning Social Security. Even the estimate of benefits statements that used arrive in the mail every year were cut from the SSA’s budget in 2011.

And so, Marketplace Money and Mary Beth Franklin have come together to present to you the unofficially unofficial Franklin Guide to Scheming a Stellar Social Security Strategy in 6 Easy Steps.

Step 1: Recognize that Social Security isn’t what it used to be (read: simple).

“You retired at 62. You took your Social Security benefits. End of story,” says Franklin. “But that was in the days when people actually quit work at 62. They might’ve had a pension and they probably weren’t going to live 30 years in retirement like a lot of today’s retirees will.”

Franklin says, “Now in an era of disappearing pensions, [and] record low interest rates where you’re getting diddly squat on your CDs at the bank, you really need to make the decision of how and when to claim Social Security in a way that’s going to benefit you. And what will surprise most people is your decision… could mean the difference of thousands of dollars a year on your benefit. And for a married couple, we are talking the difference of more than $100,000 over their joint lifetime. That’s real money.”

Step 4: Understand that playing the waiting game isn’t for everyone.

Holding out on claiming Social Security to increase benefits generally works, according to Franklin.  However, “the idea of delaying a SS benefit until it’s worth more later is a little bit like the lottery: You must be present to win. If you’re in a state of health where you may not make it to the average life expectancy, which is closer to 80 or beyond for most people, don’t delay. It’s not going to be in your best interest. But if you’re relatively healthy you can expect to live a long and delaying your benefit until it’s worth more later is really smart.”

Step 5: Remember there are huge benefits of waiting to claim, if you can afford to.

“For every year you postpone collecting your Social Security benefit beyond your full retirement age up until age 70, you get an extra 8 percent per year,” says Franklin. “That means if you wait til 70, you’re going to get a 32 percent bump in your Social Security benefit and that means you’ll have a larger benefit going forward, and each year when you get an annual cost of living adjustment, it’s going to be that much bigger.”

Step 6: Don’t worry too much if you pick the wrong strategy.

There are a couple of options should you need a “do-over,” says Franklin. “If you are in 12 months of first claiming Social Security benefits, you can change your mind, say ‘Nevermind I am going to withdraw my application for Social Security benefits,’ but you have to pay back everything you’ve received. But if you missed your 12 month window, you may be out of luck. People also don’t realize that once they’ve reached their full retirement age (66), you can voluntarily suspend your benefit. Now that means you wouldn’t get any benefit temporarily, but if you suspend your benefits, you earn those 8 percent per year delayed retirement credits between 66 and 70.”

Click the audio player above for more on successfully strategizing your personal Social Security plan of attack, including information on how to factor in medical expenses and what young people should think about long before retirement age. And if you’ve got your Social Security strategy all figured out, tell us how you did it. Leave a comment below or tweet us @LiveMoney.

Have you ever had your identity stolen?