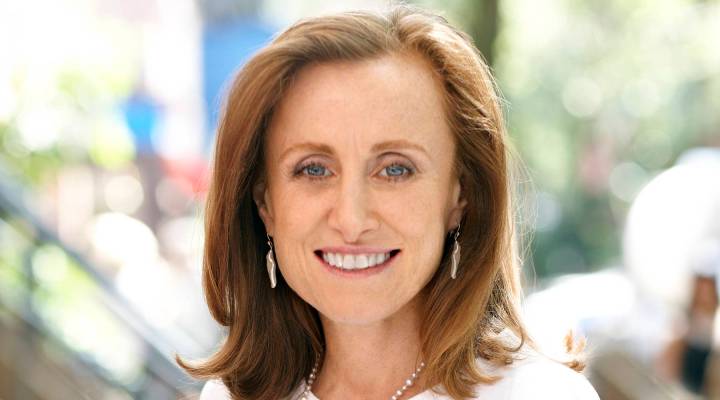 Mona Simpson on the economics behind ‘Casebook’

Mona Simpson on the economics behind ‘Casebook’

Listen to this installment from best-selling author Mona Simpson (“Anywhere But Here“, “Off Keck Road“) in the audio player above. She talks about how the economy for a fiction writer is more about time than money. She also talks about her new book, “Casebook.” We’ve reprinted an excerpt below:

I was a snoop, but a peculiar kind. I only discovered what I most didn’t want to know.

The first time it happened, I was nine. I’d snaked underneath my parents’ bed when the room was empty to rig up a walkie-talkie. Then they strolled in and flopped down. So I was stuck. Under their bed. Until they got up.

I’d wanted to eavesdrop on her, not them. She decided my life. Just then, the moms were debating weeknight television. I needed, I believed I absolutely needed to understand Survivor. You had to, to talk to people at school. The moms yakked about it for hours in serious voices. The only thing I liked that my mother approved of that year was chess. And every other kid, every single other kid in fourth grade, owned a Game Boy. I thought maybe Charlie’s mom could talk sense to her. She listened to Charlie’s mom.

On top of the bed, my dad was saying that he didn’t think of her that way anymore either. What way? And why either? I could hardly breathe. The box spring made a gauzy opening to gray dust towers, in globular, fantastic formations. The sound of dribbling somewhere came in through open windows. My dad stood and locked the door from inside, shoving a chair up under the knob. Before, when he did that, I’d always been on the other side. Where I belonged. And it hurt not to move.

“Down,” my mother said. “Left.” Which meant he was rubbing her back.

All my life, I’d been aware of him wanting something from her. And of her going sideways in his spotlight, a deer at the sight of a human. The three of us, the originals, were together locked in a room.

My mom was nice enough looking, for a smart woman. “Pretty for a mathematician,” I’d heard her once say about herself, with an air of apology. Small, with glasses, she was the kind of person you didn’t notice. I’d seen pictures, though, of her holding me as a baby. Then, her hair fell over her cheek and she’d been pretty. My dad was always handsome. Simon’s mom, a jealous type, said that my mother had the best husband, the best job, the best everything. I thought she had the best everything, too. We did. But Simon’s mom never said my mother had the best son.

The bed went quiet and it seemed then that both my parents were falling asleep. My dad napped weekends.

NOOO, I begged telepathically, my left leg pinned and needled.

Plus I really had to pee.

But my mother, never one to let something go when she could pick it apart, asked if he was attracted to other people. He said he hadn’t ever been, but lately, for the first time, he felt aware of opportunities. He used that word.

I bit the inside of my cheek. I knew my dad: he was about to blab and I couldn’t stop him. And sure enough, idiotically, he named a name. By second grade everyone I knew had understood never to name a name.

“Holland Emerson,” he said. What kind of name was that? Was she Dutch?

“I guess so,” he said, as if he hadn’t thought of it until she told him.

Then the mattress dipped, like a whale, to squash me, and I scooched over to the other side as the undulation rolled.

She got up. Then I heard him follow her out of the room.

“I’m not going to do anything! You know me!”

But he’d started it. He’d said opportunities. He’d named a name. I bellied out, skidded to the bathroom, missing the toilet by a blurt. A framed picture of them taken after he’d proposed hung on the wall; her holding the four-inch diamond ring from the party-supply shop. On the silvery photograph, he’d written I promise to always make you unhappy.

I’d grown up with his jokes.

By the time I sluffed to the kitchen he sat eating a bowl of Special K. He lifted the box. “Want some?”

“Don’t fill up.” She stood next to the wall phone. “We’re having the Audreys for dinner.”

“Tonight?” he said. “Can we cancel? I think I’m coming down with something.”

“We canceled them twice already.”

The doorbell rang. It was the dork guy who came to run whenever she called him. He worked for the National Science Foundation and liked to run and talk about pattern formation.