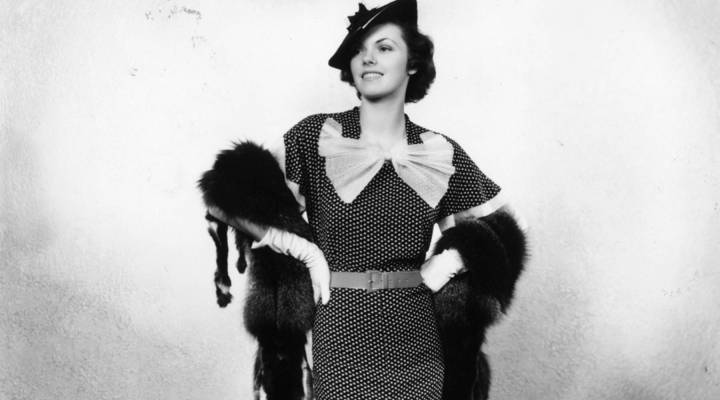 Fashion soared as the economy faltered in the 1930s

Fashion soared as the economy faltered in the 1930s

Despite dismal economic circumstances, fashion made great technological and aesthetic advances in the 1930s, says Patricia Mears, co-editor of the book “Elegance in an Age of Crisis: Fashions of the 1930s“. Mears is the deputy director of the Museum at the Fashion Institute of Technology.

Even amongst the poorest people, she says, there was a strong effort to dress well.

“America was probably the best-dressed country in the world because we were so innovative in ready-to-wear,” says Mears. “That sense of occasion that really drove the need to wear a suit…and the fact that you didn’t have a lot of resources, so you really wanted to put your best self out there, I think was very important.”

It wasn’t just the economic downturn in the ’30s that sparked a wave of fashion innovation, however.

“It sat very closely after World War I, which was a very revolutionary period that really upended culture and society,” Mears explains. “Also, there was a lot of technical innovation going on in things related to clothing, namely with textiles — the innovation of very lightweight, much more flexible, and larger and longer lengths of woven fabric were available to dressmakers and couturiers.”

Hollywood, naturally, influenced the style of the era in its own way–particularly thanks to one Fred Astaire, who would dance up and down the hallways to make sure his clothes fit properly.

“The fact that he was a dancer and that movement was so important–and that he was on the big screen, he understood the importance of properly-proportioned garments–I think was one of the reasons his style has such resonance today,” Mears says. “He was one of those men who could wear a white tie and tails the way that other men wore pajamas. There was that sense of ease about the way he dressed.”