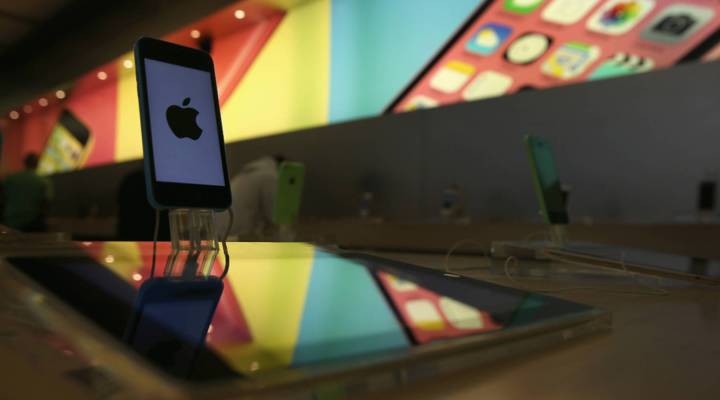 How much would an iPhone cost if it were entirely made in the U.S.?

iPhones are mostly manufactured and assembled in China, famously by the company Foxconn. And Apple pays around $5 per iPhone for labor.

“It largely costs more for people to manufacture products in the U.S. because of higher labor costs,” says Carl Howe, Vice President of data sciences at the Yankee Group. “Labor costs here are somewhere in the vicinity of two to three times what they’re going to be in China.”

Now our iPhone (the cheapest model) will cost $660, but labor’s not the most significant financial advantage to manufacturing the iPhone in China, where Apple has been able to create enormous iPhone-assembling villages.

“They have these special regions, like Shenzhen, which is an industrial region,” explains Rene Ritchie, editor-in-chief of iMore, a publication about Apple products. “Anything you need is just a couple of buildings away, and the ability to keep everything so close together has incredible logistic advantages for Apple.”

Ritchie says it would be almost impossible to re-create that in the U.S., which would mean longer assembly times, less efficient assembly and lots of micro-shipments.

“It’s an incredibly complicated process to build one of these devices and you’d have to move that entire culture of production to the U.S. in order for it to work,” says Ritchie.

And then there are the parts themselves…

“For almost every component that goes into the device, there may be as many as two or three sources,” says Andrew Rassweilier, Senior Director of Materials and Cost Benchmarking at IHS technology. “Then if you were to dig down another layer into some of the components, such as the display, the touch screen, the batteries. Those are also assemblies that are comprised of multiple components coming from, potentially, multiple counties.”

IHS broke down the cost of the iPhone’s components and found they add up to around $190 per phone.

The most expensive part of the phone is the display, which costs about $40. Making the display in the U.S. would roughly triple its cost, according to Rassweilier. That alone would add around $80 to the price of the iPhone

“If the materials alone are costing $600,” says Rassweilier, “it stands to reason, that same iPhone could cost, perhaps, $2,000 at retail.”

And it wouldn’t even earn political goodwill from most of its customers.

The U.S. only brings in 6 percent of profits from iPhone sales, according to “Inequality for All“.

“Two out of three Apple customers aren’t in the USA anymore,” says the Yankee Group’s Carl Howe. “That’s quite a change from many years ago when most of Apple’s customers were in the US.”

It’s just as well, says Howe. Even with overseas cost efficiencies, the iPhone is one of the costliest phones on the market.

Two years ago, Marketplace’s Shanghai Bureau Chief Rob Schmitz was only the second reporter ever to gain access to visit the factory floor at Foxconn. He took a tour of the assembly line and the Foxconn campus to see what living and working conditions were like for the hundreds of thousands of workers there: