More From This Show
0:00 / 0:00
What have you always wondered about the economy? Tell Us
Mind the Gap

From exploring the chasm between the top  1 percent of Americans and those struggling to get by, to the housing bubble (or lack thereof) in Phoenix, Arizona, Marketplace works to find the intersection between the facts on the page and the choices people make as a result. And it’s not news that these issues aren’t inherently “American.” Someone on the other side of the globe understands just as well as anyone else the difficulty of trying to feed a family on not enough pay.

Here in the U.S., that manifests itself in the struggle to survive on minimum wage and getting by on food stamps. And certainly we’re not the only ones with CEOs of companies getting paid disproportionately more than the people who work for them.

The question isn’t if our foreign compatriots worry about the same things we do, but how these issues manifest for them and to what degree.

All next week, Marketplace Morning Report will be broadcasting from the BBC, taking a closer look at some of these issues in our series Mind the Gap.

We’ll be looking at the increasing disparity between the haves and the have-nots in the U.K. In fact, the numbers are pretty staggering — the five wealthiest families in the U.K. have more money than the poorest 20 percent. And new data show a 163 percent increase in the number of people who were given emergency food supplies. And with significant numbers of poorer Londoners being priced out of the city and having to relocate to cheaper parts of the country, we’ll examine how folks are feeling about being squeezed out by wealthy foreigners.

From an American perspective, this all sounds awfully familiar.

Plus, we’ll be joined by guests like former board member of the American Chamber of Commerce in Russia, Jamison Firestone, to talk about cooling business ties between London and Russia. We’ll also talk to BBC reporter Rob Broomby about the Scotland Independence Referendum, and what London and Scotland have to gain and lose depending on the outcome.

It’s all part of Marketplace applying what we do best to the perspective of our friends across the Atlantic. So steep a pot of tea, brush up on the lyrics to “God Save the Queen,” and don your favorite football team’s jersey (no, not that football): Marketplace Morning Report is headed to London. 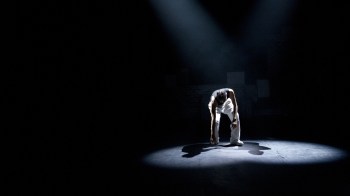 Acting your way to the top