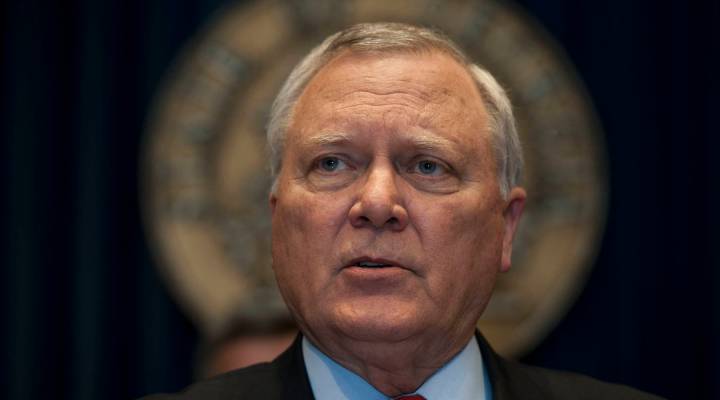 COPY
Georgia Gov. Nathan Deal answers questions from the media during a news conference at the Capitol building on February 11, 2014 in Atlanta, Georgia. Davis Turner/Getty Images

Georgia Governor Nathan Deal earlier this week signed legislation that will require some people applying for Temporary Assistance for Need Families (TANF) benefts to submit to drug testing. Georgia is one of more than a dozen states proposing – or trying out – laws that require welfare recipients or applicants to take drug tests.

“Governor Deal has said drug abuse poses a major barrier to getting and keeping a job. He understands that many users are suffering from the disease of addition. He believes we as a state have a duty to help those who want to help themselves by providing an option for treatment. He’s also led on diverting people with drug addictions out of the criminal justice system into treatment programs with strict accountability so that people are able to be taxpayers instead of being tax drainers. But if people choose to reject treatment and choose a lifestyle that renders them unemployable, taxpayers shouldn’t have to subsidize that.”

But in some cases, drug testing does not appear to be catching many drug users.

“In Oklahoma, 29 people out of 1,300 were denied benefits,” said Elizabeth Lower-Basch, a policy coordinator at the Center for Law and Social Policy. “And then Utah. Twelve people out of 4,730.”

Advocates of the testing say the low numbers are likely due to deterrence.

“By having the testing requirement in place, you screen out individuals who have a drug addiction who never go through the process to begin with, because they know they won’t recieve benefits,” said Tarren Bragdon, CEO of the Foundation for Government Accountability, a conservative think tank.

Lower-Basch isn’t certain that deterrence is the best thing for needy families.

“These are very poor families and they have children,” Lower-Basch said. “You don’t want to scare them off and not getting help. You want the kids to get help so they can have clothes and housing. And you want the parents getting treatment so they can get jobs and be better parents. Scaring them off is a terrible outcome.”

Many welfare researchers say drug tests are sometimes necessary. However, mass testing can also cost a state money. In 2011, Florida required welfare recipients to pay for their own drug tests. More than 97% passed and the state had to reimburse them to the tune of more than $100,000.