More From This Show
0:00 / 0:00
Marketplace has a new podcast for kids, "Million Bazillion!" EPISODE OUT NOW
Ask Money

According to the Pew Research Center, women are not only enrolling and graduating from college at higher rates than men, but are also obtaining higher levels of education than men. And that could lead to higher salaries than men, too.

Farnoosh Torabi, author of “When She Makes More: 10 Rules for Breadwinning Women,” says the recession pushed many women into higher earnings brackets than their significant others. For some, those changes can cause tension within the relationship.

Torabi, who is the breadwinner in her own marriage, says money issues arise within most relationships because when women are the higher earners, there are more complexities. “Money has always been a point of contention in relationships, but when she makes more the stakes are higher. Money can sometimes wrongfully equal power and she’s holding the bigger paycheck it can easily make the man feel less than like he’s not providing [or] like he’s emasculated,” Torabi says.

Torabi says that open communication is the way to level the financial playing field and to address the emotions that arise when the woman makes more.  And the first line of defense for women is to “cater to the male brain,” she says.

“Just as we women like to be communicated to in a specific way to feel engaged and to feel like we want to step up and help, men have a similar vocabulary they like to hear”, she says.

According to Torabi, being a female breadwinner not only carries financial responsibility, but women who are high earners tend to feel the need to be better homemakers. “As breadwinning women, surveys show that we actually take on more housework than women who make less. The domestic domain has been up until now, even still, led by women,” Torabi says.

According to the author, this is a recipe for disaster.

“You can’t go through your life juggling work, focusing on the paycheck, and then coming home to deal with cleaning toilets. You’re going to burn out,” she says.

Torabi suggests that both partners that take on household duties in a way that feels equitable and for everything else she says “buy yourself wife.”

“It’s not about getting to 50-50 but how to feel you’re putting in what you feel is right and fair, and what your partner feels is right and fair. And whatever either of you doesn’t want to manage or take care of, how to outsource it affordably,” Torabi says.

Does it matter to you who’s the breadwinner in your family?  Email us or Tweet at us @LiveMoney 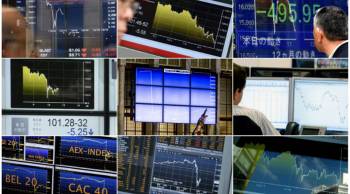 What you should do when the markets go crazy