Spring is the time of year when high school seniors prepare for college and their life after school. Though a typical undergraduate program lasts four years, paying off student loans can easily last decades if you don’t properly plan.

If you’re comparing the costs of tuition between schools, there are a few things you should look out for, says personal finance expert Liz Weston.

Financial aid offers often don’t include the total cost of attendance, according to Weston. “That’s fairly common that they might just mention tuition and fees, and not mention books and supplies or living expenses,” Weston says. In a city like Manhattan, living costs can dwarf the cost of tuition.

Financial aid packages also blur the lines between loans and actual savings like grants and scholarships. “They pretend, ‘Hey, look at this great award we’ve just given you, and most of it is loans.’ So, they’re not really reducing the cost for attending — they’re just shoving it out into the future and putting it on you.”

Weston says that some, but not all, schools have adopted standardized “shopping lists” that make it easier to compare offers. She also suggests the College Board (bigfuture.collegeboard.org) or CollegeData (www.collegedata.com) and Consumer Financial Protection Bureau’s financial aid comparison tool (www.consumerfinance.gov/paying-for-college/) to better compare costs.

But how much is too much for college?

That answer depends on the individual, but Weston says one rule of thumb is, “try to limit the amount that you borrow to the amount you expect to make your first year out of school. So, the total for your undergraduate education is no more than your first job is going to pay you. Now again that’s very general, it’s not going to apply to everyone, but it’s a good start.”

But as Weston notes, “the problem that a lot of people have is that they’re not really sure what they want to do when they’re 17 or 18 [years old] … an even better rule of thumb is to stick to federal student loans.” Unlike private loans, federal student loans are capped at $5,500. That won’t cover the cost of a four-year private university in a big city, “but it gives you an idea that you really need to limit this debt you really need to be on your guard. And if you’re a parent, I’dd be very very careful about taking on debt, particularly if you’re not already saving enough for your own retirement. You don’t want to be in a situation where you can’t retire because you’re still paying for your kids education.” 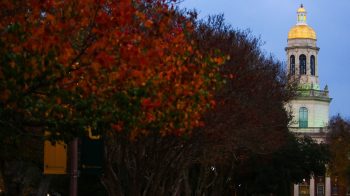