Climate change: how to talk about bad news

Climate change: how to talk about bad news

It’s been almost eight years since “An Inconvenient Truth,” Al Gore’s call-to-action on climate change. Now the televison channel Showtime is taking up the challenge with its nine-part docu-series “Years of Living Dangerously.” In between these two films, advocates have learned a lot about communicating climate change. No. 1, it’s harder than anybody thought.

After years of dire warnings, a little over half of Americans worry about climate change “only a little,” if at all, according to a Gallup poll.

“At first the attitude was, the truth speaks for itself,” says Dan Kahan, a professor of law and psychology at Yale Law School and a member of the Cultural Cognition Project. “Show them the valid science and the people will understand. That’s clearly wrong.”

Ed Maibach, director of George Mason University’s Center for Climate Change Communication, says there are at least three things “we know that you shouldn’t do,” when communicating the science: don’t use language people don’t understand, don’t use too many numbers, and don’t talk about “plants, penguins and polar bears” instead of people. Maibach says another error is talking about the threat of climate change without giving people solutions.

Elke Weber*, a business and psychology professor Columbia University’s Earth Institute, takes that one step further. She believes that instead of “scare campaigns” and “visions of apocalyptic futures,” climate advocates need to present visions of what a world less dependent on fossil fuels would look like.

“Focus on the benefits,” Weber says. “Scare campaigns work extremely well when there’s a simple thing you can do to remove the danger. But if it takes protracted action, over time, nobody wants to feel bad for that length of time. People just tune out.”

The real challenge, however, may be to talk about climate change in ways that don’t push people’s cultural and political buttons. Dan Kahan’s research shows that the way people view climate change is closely tied to their values.

People “aggressively filter” information that doesn’t conform to their worldview.

“And remarkably the more proficient somebody is at making sense of empirical data,” he says, “the more pronounced this tendency is going to.”

Robert Lalasz, director of science communications at the Nature Conservancy, is convinced that real progress will come at the local level, where people are already confronting drought and rising seas and looking to community leaders for solutions.

“We need to show people that the people they respect and trust are paying attention to climate science and using it to make decisions about issues they’re dealing with right now and issues in the future,” Lalasz says. Those conversations, however, tend to be about adaptiing to the effects of climate change. The question is whether they can help move the needle on mitigating it, before it’s too late.

*CORRECTION: An earlier version of this story misspelled the name of Columbia University business and psychology professor Elke Weber. The text has been corrected. 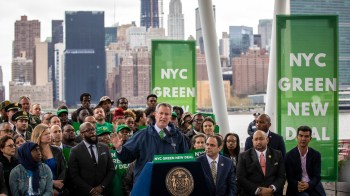 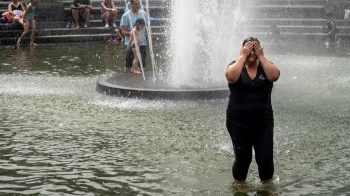