What deflation is and why it’s the worst dog ever

What deflation is and why it’s the worst dog ever

You’ve probably heard about inflation, when prices rise for the goods and services you buy. But how much do you know about its evil cousin, deflation.

Deflation is when the average level of prices start to fall throughout the economy.

In order to explain, we will use Econodog, a small white Coton de Tulear, courtesy of Precious Pets in Manhattan, to play the role of the economy as we walk through the city.

Like the economy, Econodog is responsible for pulling us along.

As we begin our walk, Econodog is giddy with joy. He is enthralled by cigarette butts and pigeons, and starts pulling very hard. In fact, Econodog is pulling so hard that he becomes inflationary. Inflation, of course, is when prices are rising. It happens when money is moving too fast and the economy is becoming hyperactive and flush with cash. People borrow, buy, and push up prices.

For Econodog, we pull back on the leash. For the economy in real life, the Federal Reserve does the same thing. It has a leash for money. That leash is called interest rates. The Federal Reserve will raise those rates if the economy pulls too hard. If borrowing becomes more expensive, people will think twice about throwing their money around, and they stop driving up prices.

As our walk progresses, a malaise befalls Econodog. Perhaps our walk has persisted for too long, or perhaps the rejection by the birds was too much to bear. Either way, at the corner of 51st and 2nd Ave, Econodog has become deflationary. He has stopped. He will not pull us anywhere.

Look at him. Those eyes.

While you might think that things getting cheaper in an economy is good, deflation is secretly vicious**.

When prices fall, it’s usually when an economy is weak. Unemployment is persistent, so you find workers willing to work for lower wages. If you’re a business, that’s small comfort because the weak economy also means people aren’t buying your stuff. So you offer price cuts to get people to buy. So prices start to fall.

And here are Econodog’s hidden fangs: “When prices start to fall, people realize prices are falling. Then they realize it’s better to spend money tomorrow, when things are cheaper, than spend money today,” explains economist Justin Wolfers. So people start to spend less. Which contributes to weak demand that caused the deflation to begin with. “It’s self perpetuating; deflation leads to lower growth leads to deflation leads to lower growth.  It’s a deflationary spiral.”

And unfortunately, we can’t use the leash like we could when Econodog was being INflationary. When Econodog is deflationary, he is being unruly in the opposite direction. He isn’t moving too fast and pulling too hard, he’s just sitting there. Sluggish. Like a furry lump. Very frustrating: if we want Econodog to pull us along, he needs to move. But pulling on the leash won’t help. Neither shaking the leash nor throwing it will work. The dog won’t move.

That’s deflation. Money is moving slowly, prices are falling, not rising. You can relax the leash as much as you want. In the case of the Federal Reserve, that means you can give as much slack as you can on interest rates, taking them down to near zero. But sometimes things are bad enough that this doesn’t make the economy move. There’s an expression for this – “you can’t push with a string,” or in this case, a leash.

YOU MUST PLAY MIND GAMES WITH IT

So there we are, on the corner of 2nd and 51st, Econodog has come to a halt. Trainer Bernadette Ambrosioni has an idea. We are near Econodog’s home, so we look towards home and tell Econodog that we are going home.

Now that Econodog’s expectations are that the walk is over and we are going home, he becomes excited and starts moving again and is joyous once more.

“Shifting expectations can be a great way of solving deflation,” says Wolfers. Seriously!

Yes, when it comes to the real economy, you have to fix the underlying problem of a slow growth, but you also have to change people’s minds.

So, you change people’s expectations. You tell them you’re printing money, you tell them you’re going to create inflation, lower interest rates, and stimulate the economy. In fact, this is exactly what Japan is in the middle of doing.

How does this actually work? Wolfers says think of it from a business owner’s perspective. “If you can convince shopkeepers that you want to bring inflation back to the economy, then they’ll expect competitors will raise their prices tomorrow, therefore there’s no reason for me to cut my prices today.”

And, ideally, people would start spending today instead of waiting for tomorrow.

Japan dealt with deflation for more than a decade and is only now fully exiting that trap. Europe is straddling on the edge, and the U.S. is just one percentage point above deflation territory. Many economists are predicting we’ll pull up just in time, but for now, the possibility is nipping at our heels.

** In real life this dog is adorable and we love him and he is not vicious. 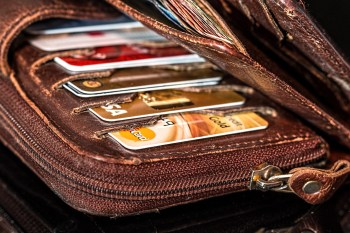