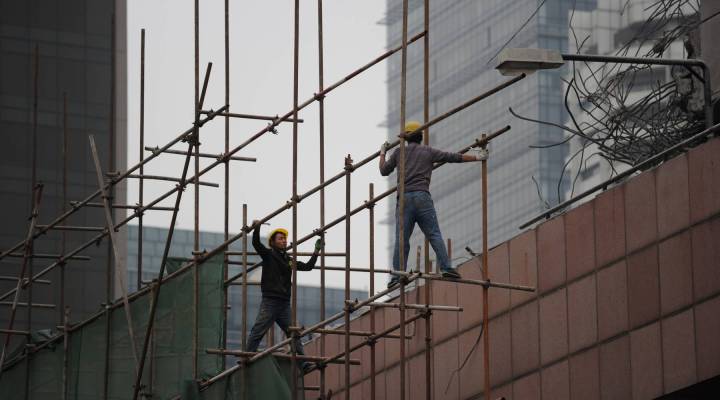 China’s first quarter Gross Domestic Product (GDP) growth in 2014 was 7.4 percent, the slowest China’s economy has grown in a year and a half.  Markets in Asia rose because of China’s GDP news. Slower growth, however, could be an indication that China’s leadership is serious about making tough changes to its economic model.

If you’re a shrimp lover, you may be wondering why you’re paying more for your favorite shrimp cocktail or Pad Thai. It’s a bacterial infection ravaging shrimp farms in Southeast Asia called “early mortality syndrome” or EMS. The disease doesn’t affect people, but it kills baby shrimp. The resulting shortage is causing price spikes.

Santa Clara County in the Bay Area has the fifth largest homeless population in the US. The area is also home to some of the country’s most expensive real estate. And that’s got the area’s homeless population turning to some unlikely places for shelter.