Over the weekend, members of Congress fanned out across the country for a two-week Easter recess. You’re thinking Mai Tais on the beach?

“Probably not,” says Riva Litman, a staffer with the House Republican Conference. “Especially not in Eastern Washington.”

Her boss, Congresswoman Cathy McMorris Rodgers, made the long trip back to Spokane to talk to voters about issues like the economy and healthcare reform—and to host a few campaign events.

“It’s not much of a recess for the members of Congress. They’re just in their own districts as opposed to in the capital.” Litman adds.

In an election year, breaks from the Hill are a key time to drum up support – and money – back home. 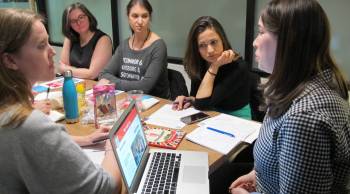