The healthcare deadline is here. Now what?

The healthcare deadline is here. Now what?

The enrollment period for signing up for health insurance via healthcare.gov ends at midnight eastern time, with a few caveats.

Q: Was there a big rush of procrastinators?

A: Lots of people were trying to sign up today. A spokesperson for Health and Human Services says healthcare.gov experienced record traffic, with 1.6 million visits through 2 p.m., with 125,000 concurrent users. All the interest has taxed the government’s IT system. Here’s a good read from the Wall Street Journal digging into the details.

Q: Ok, it’s March 31, what do we know about how many Americans have actually signed up?

A: Last week, the Centers for Medicare and Medicaid reported 6 million Americans had signed up for insurance through a public exchange. According to some insurance executives, not all of those people have actually paid their premiums yet, however. Given all the late-breaking interest, it seems that there is a chance to hit the original CBO projection of 7 million sign-ups.

What we don’t yet know yet is how many of those people are previously uninsured. Some 50 million Americans were uninsured as of October 1, 2013. Several reports suggest millions of people have signed up either through Medicaid or the exchanges. But at this point there are just projections, not reliable numbers.

Q: Now that enrollment is all but over, will Affordable Care Act news slow down?

A: Well, maybe a little. But as we begin to sift through the final enrollment tally there are two important questions that stand out. One, what will insurance companies do? To set rates last year, carriers had to estimate the ratio of sick to healthy people who would sign up for coverage. If insurers got that ratio wrong in 2014, there’s a good chance we’ll see higher rates next year. At the same time, insurers must balance their desire to attract new customers and the bottom line.

The other story focuses on consumers. Namely, are people happy with their health insurance? There have already been signals that consumers feel the exchange plans are too restrictive. They want more provider options. If people feel there isn’t enough value in these plans and opt out of coverage in 2015, that will leave a larger percentage of sick patients, threatening the long-term viability of the exchanges. 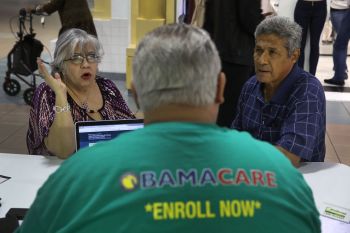