DARPA looks to biotechnology for next innovations

DARPA looks to biotechnology for next innovations

If you know about the history of the Internet, you know that even while Al Gore once claimed to invent it, it is the Department of Defense that can probably lay claim in earnest. The Advanced Research Projects Agency began building the networks that would become the Internet in the 1960s.

The current form of that organization, The Defense Advanced Research Projects Agency (DARPA), is launching an office that will focus on biotechnology – making synthetic tissues, quickly developing vaccines, and connecting the brains of wounded soldiers to new prosthesis.

We spoke with DARPA director Arati Prabhakar about the agency’s newest office:

Q: Part of what this office is going to do is study prostheses. You’re thinking about Wi-Fi communication between a robotic arm and the brain?

DARPA did the investment over the last two years that allowed us to do two things. One was to develop much more sophisticated prosthetics so that, for example, you can gracefully pick up a grape – much more natural kinds of motions in a robotic arm. And then we did the really radical part, which was also to try to understand what was going on with neurons in the brain when motor control happened. And then, based on some of that early research we were able – about a year ago – to do some of the early human trials. We had quadriplegic volunteers who agreed to have brain surgery, essentially have a small array placed on the surface of their brains, to pick up these neural signals for motor control, and then to use those to control these new, very sophisticated, robotic, prosthetic arms. In a sense we’ve opened a door – a connection between the human brain and the rest of the world. You can let your imagination go wild about where that’s going to take us.

Q: Will that take you one day to this idea of upstream communication so that the prosthetic might actually communicate with the brain?

One of the new areas we’re starting to look at is precisely that. We’re going to be developing the technology that lets the prosthetic receive signals – touch signals or temperature information – and play that back into the nervous system, so that not only would you be able to control, but you’d also have sensation back.

Q: Will the office be thinking not only about replicating a limb, but also augmenting human capability?

The first place that makes complete sense to focus is about restoration of function. Some of the other work we’re doing is looking at some of the memory impairments that are the consequence of traumatic brain injury. So those are incredibly valuable places to look at fixing problems, and then as we start to learn more about how the brain’s functioning, a number of things can happen. Some of the first steps are going to be new ways of building computing and processing capabilities that are inspired by this new layer of understanding about the brain. If we know more about how the brain interacts with complex systems, maybe we’ll learn more about how we present information to human beings so that it’s easier for them to understand it. I think there is going to be a future where we start learning radically new ways to interact between the complexity of the human brain and the complexity of the world around us. That’s probably not in the next 10 minutes, but when you open these doors and start peering through, there are going to be some amazing things on the other side.

Q: Is there a holy grail for this office?

It’ll be new classes of materials with properties we’ve never been able to build before. It will be new ways of interacting with the human brain and resolving some of the mysteries of brain function. We think there are techniques now that will allow us to outpace the spread of infectious disease.

Q: It’s an interesting and competitive time for innovation. How do you differentiate yourselves from something like a Google X Labs?

I think the place to start is to realize that the research and development that has transformed our lives, our businesses and certainly national security – that research and development happens across a broad ecosystem and many different organizations play a host of different roles. DARPA’s role in that much bigger ecosystem is breakthrough technologies for national security. That’s why our track record includes the pivotal early investments that made stealth possible, that made infrared night vision possible.

Q: But doesn’t that require not only the ability to invest in organizations outside of DARPA, but also really having some of the strongest minds at DARPA, and do you find a challenge there in terms of recruiting?

One element of our success is getting amazing programming managers here, and so yes, in that sense we’re competing against all the other exciting places that they could go. But I only need 100 amazing program managers at a time. They come for, typically, three to five years, so every year I need another batch and it’s quite a challenge to keep finding these great people. But I don’t need 1000. I only need 100. And that’s how we change the world, from where we stand. 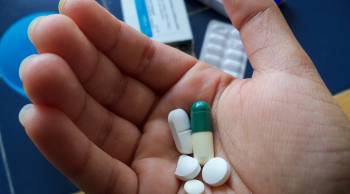