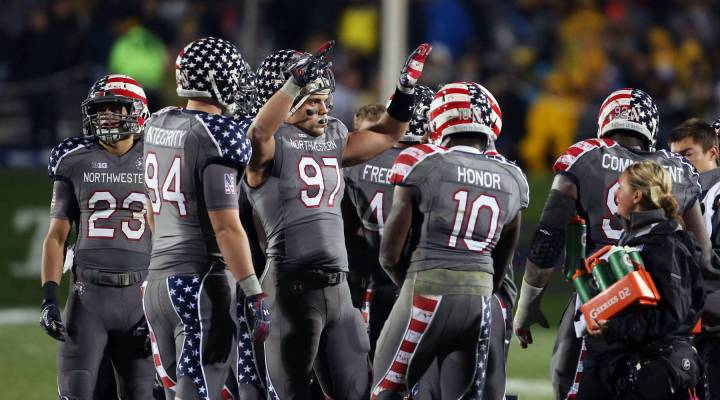 COPY
The Northwestern Wildcats stand on the field during play against the Michigan Wolverines at Ryan Field on November 16, 2013 in Evanston, Illinois. Tasos Katopodis/Getty Images

The Northwestern Wildcats stand on the field during play against the Michigan Wolverines at Ryan Field on November 16, 2013 in Evanston, Illinois. Tasos Katopodis/Getty Images
Listen Now

In his ruling, Peter Ohr, the regional director of the National Labor Relations Board wrote that there is abundant evidence student athletes are treated as employees. He cited the long hours (over 40 per week) spent training, wrote that athletes are paid, in the form of scholarships, and noted that Northwestern rakes in big bucks and prestige when the football team wins.

Ohr also highlighted the control that coaches have over athletes. Among the examples included in the ruling, are a number of restrictions placed on football players.