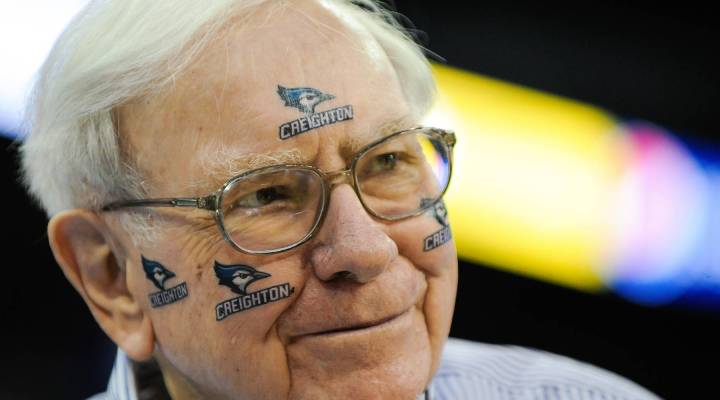 COPY
Warren Buffett, a fraternity brother himself, of Berkshire Hathaway poses for pictures before the game between the Creighton Bluejays and the Providence Friars at CenturyLink Center on March 8, 2014 in Omaha, Nebraska. Eric Francis/Getty Images

Warren Buffett, a fraternity brother himself, of Berkshire Hathaway poses for pictures before the game between the Creighton Bluejays and the Providence Friars at CenturyLink Center on March 8, 2014 in Omaha, Nebraska. Eric Francis/Getty Images
Listen Now

The fraternity Sigma Alpha Epsilon turned 158 years old over the weekend — and it also banned pledging. SAE is one of the largest fraternities in the country and it’s gained something of a reputation for its intense hazing rituals during pledge period. At least 10 fatalities have been linked to hazing-related activities at SAE since 2006, including the death of a 19-year-old Cornell student, whose mother sued SAE for $25 million.

“We realized that a lot of people might have a bad perception of Sigma Alpha Epsilon, which we regret,” says Brandon Weghorst, spokesman for SAE. “Because we know all the good things that our members do every day that don’t get attention.”

Now students who want to join SAE will simply be invited. It’s been a controversial decision: on SAE’s Facebook page, one person said the frat was throwing the “baby out with the bathwater” and punishing everyone for a few people’s bad decisions.

But others think SAE didn’t really have a choice.

“I think they found themselves in a very untenable position,” says Ron Binder, associate dean of students at the University of Pittsburgh at Bradford. “It’s not sustainable given the number of injuries and deaths and number of lawsuits.” Binder’s fraternity, Sigma Phi Epislon, did away with pledging back in the 90s. Binder says since then, the frat’s membership, GPAs and community service hours have gone up.

But will a pledge ban make a difference?

“I really think that this pledge ban is semantics and public relations,” says Andrew Lohse, who pledged SAE at Dartmouth in 2009 and is writing a book called Confessions of an Ivy League Frat Boy. “Before this, this organization said they didn’t allow hazing, and there was a hazing hotline, and all these things… This policy change probably won’t accomplish a lot to actually curb the on-the-ground hazing events.”

Lohse doesn’t think hazing will really go away until fraternities and sororities do.

And those fraternities have some powerful alumni out to support their cause: