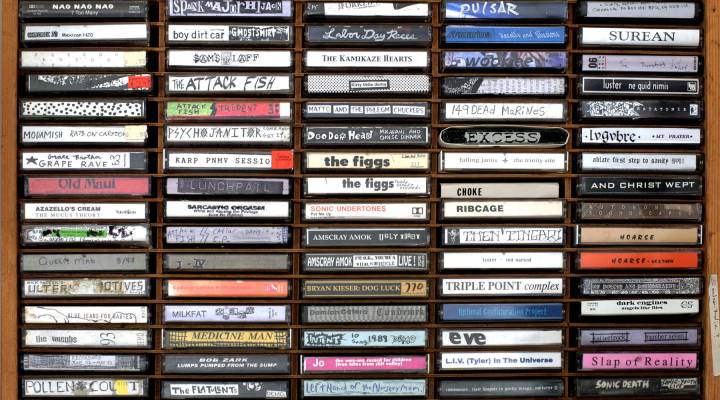 Why buy? Memories of a music consumer

Why buy? Memories of a music consumer

My first buyer rewards program was at Turtle’s Records & Tapes, a small chain of music stores with a handful of locations in Atlanta. I was 8 years old.

It was the 1980s, so I can’t imagine what kind of information they could have collected from me to validate my “membership.” All I remember was being handed a pale yellow pamphlet with squares that you were supposed to cover with stamps – like actual stamps you had to lick to apply – every time you bought a piece of music at Turtle’s.  Once you had a certain number of stamps, you received a major discount on a record or cassette, making you more awesome than everyone else in the entire world for a brief moment in time.

I bought a lot of music in my youth. Some of my earliest purchases were the vinyl single of Madonna’s “Like a Prayer” and DJ Jazzy Jeff and the Fresh Prince’s iconic album, “He’s the DJ, I’m the Rapper.”

My music access only increased as I got older. In college, I worked part-time at WHOV, the campus radio station where I also DJed a couple of shifts – everything from R&B to straightforward jazz. That meant a little extra spending change … and more knowledge about music than I ever thought I would need.

In 2001, when my entire CD collection was stolen from my by a very bad person, I thought I’d never be able to rebuild. But, I was determined. So I kept collecting, this time opting for mostly-used CDs via sites like half.com. A few years later, digital music came on the scene, which made it easier than ever to organize my collection, create mood-setting playlists and buy everything I liked.

But something happened to my music buying habits recently. Free streaming services like Pandora and Spotify came along and my phone got smarter, too – or at least better at gaming the system for free downloads. I just stopped buying music with any regularity. I can’t even remember what year it was when I last updated my iTunes library, and it looks like I’m not alone. Earlier this year, Billboard reported the first drop in digital music sales since the iTunes store made its debut in 2003.  CD sales continued their steady decline and overall album sales also experienced an 8.4% drop. All of this made me wonder: Is owning music important to anyone anymore? If yes, then who?

Marketplace Money took to social media to ask people to tell us why they still buy music – or  why they stopped buying – and to share some of their favorite memories as paying music consumers.

@LiveMoney Used to be very important when I had to go to an actual store and buy music, not so much any more.

@LiveMoney 1.) first CD i bought was Ricky Martin. 2.) Last CD I bought was Perry Como. 3.) Goodness, that would be amazing.

A couple of our listeners agreed to talk with us about how their music buying habits have changed.

Helena Okolicsanyi in Manassas, VA is big on supporting artists she loves by buying their CDs and attending live shows:

And Mavis Gragg, a 38-year-old attorney in Washington, DC says she is determined to beef up her music collection again.  Here’s why:

Like Mavis, I don’t want to be the kind of person who doesn’t have my own music library. I want to have tangible access to the songs I love, and be able to hand them down to my children – even if they make fun of me for delighting in archaic formats like compact discs.

Which, if you haven’t listened to one in a while, sound amazing, by the way.

What are your memories as a music consumer? Tell us about the first album you bought, or the last, and your relationship with owning music in the age of free streaming.  Leave a comment below or Tweet us @LiveMoney.