The U.S. economy added 175,000 jobs in February, according to a U.S. Bureau of Labor Statistics report published on Friday, a sign of renewed strength in the job market. At the same time, the U.S. Labor Department survey of households found that the unemployment rate increased slightly last month, to 6.7 percent.

Meanwhile, the owner of the Albertson’s supermarket chain announced Thursday that it is buying Safeway Inc. for $9 billion, combining two of the nation’s biggest grocery businesses. But the combined company won’t be the biggest by a long shot. Combined, they will still be smaller than Kroger, and lumping all three chains together still wouldn’t bring them close to matching the grocery sales at Wal-Mart.

And, it’s not every day that people get fired up over retirement planning, but that’s what happened at AOL last month when employees lashed out over the company’s move to make year-end, lump-sum contributions to their 401(k) plans instead of matches every pay period. In the aftermath one state regulator wants to know how many other companies have made that switch. 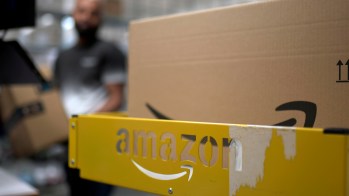