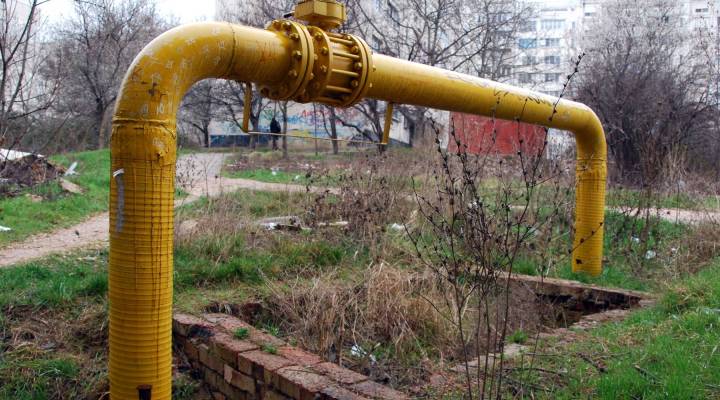 What natural gas has to do with conflict in Ukraine

What natural gas has to do with conflict in Ukraine

Russia is the second largest producer of natural gas in the world. Europe gets about one third of its natural gas from Russia.

Those two factors are a major undercurrent in the conflict in Ukraine right now. The timing is not ideal, either. Europe (especially Germany, Europe’s biggest economy) is moving away from nuclear energy right now. The only viable alternatives are natural gas and coal, and coal comes with the greenhouse gas emissions issue.

“That would tend to link Germany with Russian natural gas even more strongly,” says Christopher Knittel, an energy economist at MIT. “That might be enough to give Russia the upper hand in terms of any negotiations.”

But Russia isn’t the only country with natural gas. Why can’t Europe just get natural gas from someone else? Like the U.S., for example?

Because, unlike oil, shipping natural gas is expensive and extremely labor intensive. It has to be liquified.

“The reason that natural gas is primarily a continental market is because it’s pretty cheap to move it through pipelines, but it’s very expensive to liquefy it and ship it by tanker,” explains James Bushnell, an economist at The University of California, Davis.

“This is a high stakes game of poker and it does look like Vladimir Putin right now has a definite advantage,” says Phil Flynn, senior markets analyst with the Price Futures Group in Chicago.

Still, he says, natural gas dependence between Europe and Russia cuts both ways.

“The economic stakes are high on each side. I think Russia’s betting that they won’t turn this into a crisis, because Russians themselves, 51 percent of their budget really is dependent on energy exports.”

And Russia is very proud of its oil. Just take a look at this amazing Gazprom video Business Insider dug up, sent to me by my editor, Paddy Hirsch. It pretty much blew my mind.