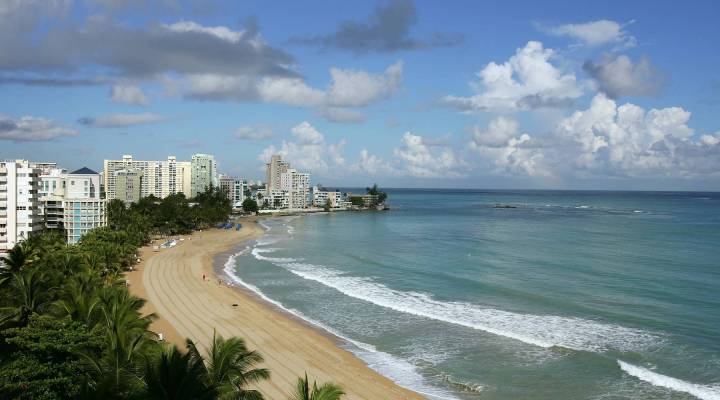 Is Puerto Rico the new Greece?

Is Puerto Rico the new Greece?

This month Puerto Rico is set to raise a lot of money. The struggling island nation is selling $3.5 billion worth of bonds.

Puerto Rico has been in a recession for eight years and the bonds would be used to pay the interest on its existing $70 billion of debt.

“It is a ginormous amount of bonds for Puerto Rico,” says Marliyn Cohen, president of Envision Capital Management. She says she’s had several clients showing interest in buying these bonds.

But Puerto Rico’s unemployment rate is more than 15 percent, one-third of the population uses food stamps… Why are investors so interested in buying Puerto Rico’s debt when its economy is on such shaky ground?

“A lot of people are interested because interest rates on good quality municipal bonds are so unbelievably low and the interest on general obligation bonds that are issued by Puerto Rico will be so enormously high,” explains Cohen.

The reason they’re so high, is that there’s a real risk Puerto Rico might not make the interest payments on that debt. Cohen thinks Puerto Rican bonds have a lot in common with the risky bonds of another island nation: Greece.