Venezuela according to a Venezuelan

Venezuela according to a Venezuelan

Protests continue in Venezuela, with a total of eight members of Venezuela’s national spy agency under arrest as of last night on murder charges related to two shooting deaths during anti-government protests. In a country where inflation and shortages are rampant, Mariana Atencio of Fusion reports long lines in grocery stores for the most basic goods:

“The majority of the shelves are empty in supermarkets, in pharmacies. [There are] long lines for people to buy flour, deodorant, butter, shaving razors, toilet paper. It’s all that people talk about. People will run in a sprint when they hear that flour has come to a certain supermarket.”

According to Atencio, the protesters are mainly middle-class citizens and students. Though the dissatisfaction with the Venezuelan government also reaches the poorer neighborhoods, the presence of pro-government vigilantes in these areas has intimidated some of the residents into non-action.

“Even if they wanted to protest, they’re scared to do so. But the discontent is there because of the scarcity of food, medicine, and also because of the high crime rate.”

At this point, at least 16 people have been killed during anti-government demonstrations in Venezuela. 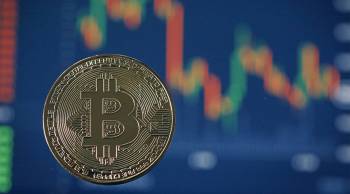 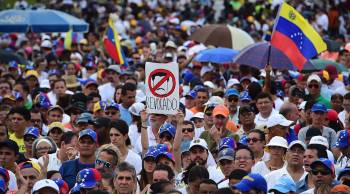