The cost of those bills Congress doesn’t pass

The cost of those bills Congress doesn’t pass

Last year, almost 6,000 bills were introduced in Congress. Only 56 were passed by both houses and signed into law by the president.  Sometimes lawmakers introduce legislation they know is a dead end.

“They’re just simply making a statement or taking a political position on an issue with no real possibility that the legislation is going to go anywhere,”  says University of Colorado political science professor Scott Adler.

Adler says politicians are trying to show they’re doing something on issues important to voters, campaign donors or interest groups.

Like Taxpayers for Common Sense, whose vice president,   Steve Ellis, says a bill can serve as a rallying point.  And it’s worth the cost, even if it never becomes law.

“If it costs a little bit – I know I’m a budget watchdog – but also I care about civics and democracy,” he says.

Ellis says there’s no way to quantify the cost of these dead-end bills.  But he says it’s not much.  Most congressional staffers don’t get overtime.  And how about this for a money- saver?  Sometimes lobbyists write bills.

“The language is given to overworked congressional staffs,” says Lee Drutman, a senior fellow with the Sunlight Foundation. “Rarely do members even read the bills that they introduce.”

OK then. Well, I guess that saves time. 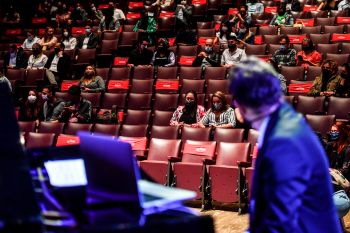