The economics of a bad winter

The economics of a bad winter

David Wood is one of the few upstate New York churchgoers still praying for snow.

“I told my wife, if the people in this church knew what we were praying for, they probably wouldn’t let us in,” he says.

But Wood loves the sound of snowplows, because falling snow means rising profits for him. He’s president of Sears Ecological Applications, in Rome, N.Y., and this long and tough winter in the northeast has been good for him. He makes de-icing liquid spread by snowplows. He started back in 1997, with a liquid made from the leftovers of folks who made rum.

Wood bought a patent for the liquid from a Hungarian distillery. Those distillers dumped their waste in a stream and accidentally discovered that the rum remnants prevented freezing.

“These people standing there looking put together the idea that when you were discharging this material in very cold weather you didn’t have freezing of the stream,” he says

But spreading rum byproduct on roads? It was a hard sell at first. Wood made a strong case, though. He told cities and towns: my de-icer will stretch your road salt, make it stickier, an it’ll work even in super-cold weather. Wood’s company grew. He started licensing his patent, to people like Denver Preston of K-Tech Specialty Coatings, who’s another big fan of winter.

“The thing that really is exciting for us – believe it or not – are the extremely cold temperatures,” Preston says.

Preston expects sales to be up 100 percent this year. He makes his de-icing liquid from beet juice. Other entrepreneurs are trying to figure out how to make a buck from Jack Frost.

Jon Down, who teaches entrepreneurship at the University of Portland, had his students brainstorming the other day. One student suggested a snowman kit, or as Down describe is, “A multipurpose tote container that could double as making the balls that would be just perfect for a snowman.”

Down says all the snow we’re getting is an opportunity for the right entrepreneurs. 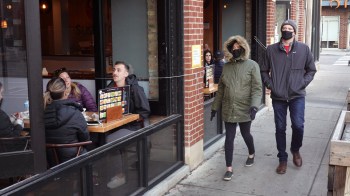 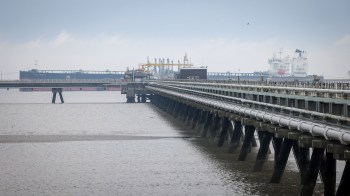