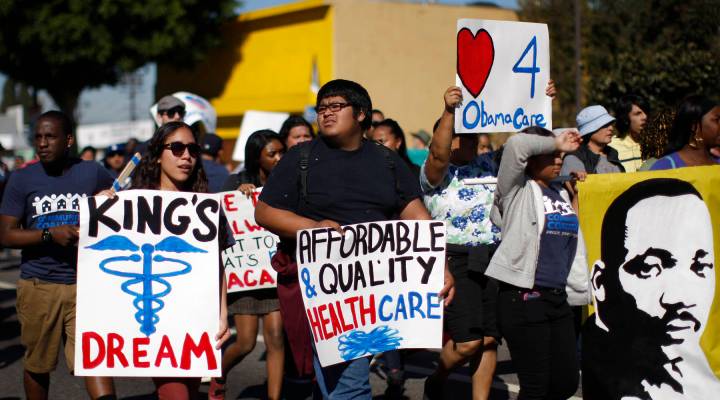 More than 3 million people have enrolled in the Affordable Care Act, but there’s one population the initiative is struggling to reach: Latinos. In California fewer than 20 percent of Obamacare enrollees are Latino. Arizona and Texas have also had trouble getting Latinos to enroll.

“It’s absolutely critical, because this is a numbers game,” says Dan Mendelson, CEO of Avalere Health. Mendelson says Obamacare needs more people to sign up to keep costs down. For that to happen, he says, states need to offer informational materials specially targeted to Latinos.

“That will require a combination of communication and clarification of both the health care eligibility rules and our immigration rules,” says Len Nichols, health economist with George Mason University.

Getting Latinos to sign up in greater numbers will require more outreach says Avalere’s Dan Mendelson.

“With diligence, culturally sensitive materials and a lot of work, this is a problem that can be solved.”

Latinos are the largest minority group in the U.S. Mendelson says for Obamacare to succeed, the administration will have to work to win over minority groups.