Where have manufacturing jobs gone?

Where have manufacturing jobs gone?

Most economists say factories are hiring fewer people because workers are so much more productive now, so you don’t need as many.  And workers are now using very sophisticated tools.

“If you cut something perfectly to plan with a laser, you don’t have to smooth off the edges with a file in order to make it look nice,” IHS economist Mike Montgomery says.

There are other reasons for the fall in factory work, too, says Scott Paul of the Alliance for American Manufacturing, a group formed by manufacturers and the United Steelworkers. He says U.S. exports are down, even though we’re officially out of the recession.

“The dollar gains some steam in the aftermath of recessions,” Paul explains.   “And that makes our exports less competitive.  It makes imports a little cheaper.”

Plus, Paul says, the economy is still underperforming.  He’d like to see a dose of government stimulus spending, which he says would goose the economy and get factories humming. 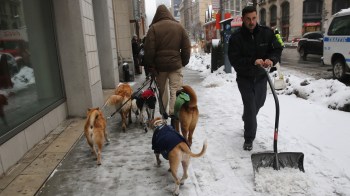 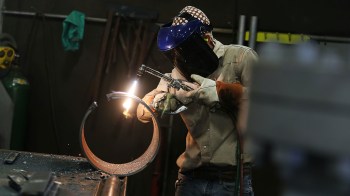