Today on Capital Hill, the Financial and Contracting Oversight Subcommittee is holding a hearing on a massive criminal investigation related to an Army National Guard program called the Recruiting Assistance Program. After handing out more than $300 million in referral bonuses, there are allegations of widespread fraud within the Army.

The program was created back in 2005. There weren’t enough soldiers to meet the demands of Iraq war so the Army created the program boost recruitment by dolling out bonuses ranging from $2,000 to $7,500 for referrals.

Official army recruiters were not eligible for bonuses. But many are accused of using someone else’s name to sign up for the program.  Other officers allegedly used the names of people who were already enlisted to collect bonuses

In 2007 the company that the Army contracted to run the program, Docupak, alerted the Army to suspected cases of fraud but it appears that neither the Army nor the contractor had a system in place for preventing officers from claiming fraudulent bonuses.

The program was cancelled in 2012. There are at least 200 officers who remain under investigation. One guardsmen Xavier Aves was already convicted in June and sentenced to 57 months in prison after scamming the system for $244,000. This whole investigation is expected to drag on through 2016. 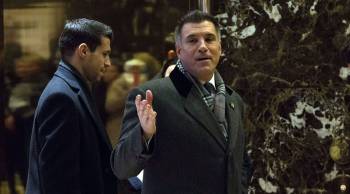