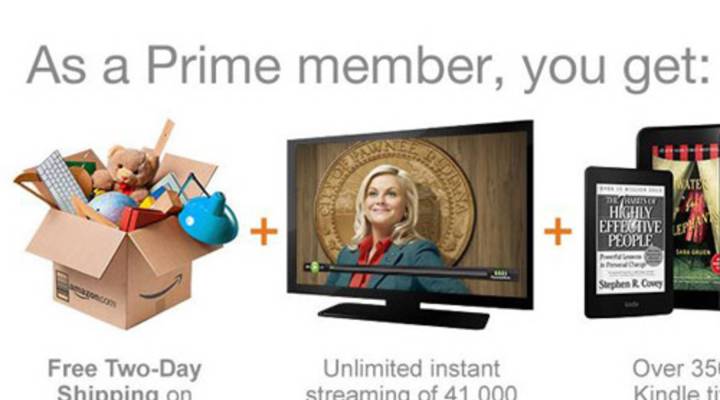 Not a great day for retail giant Amazon. The company announced 4th quarter earnings and, although revenue was up 20% over the year before, it did not meet expectations.

Amazon might be fast becoming a ubiquitous market force, but its profits have been hit or miss. The company said it might raise fees for its Amazon Prime service from the current cost of $79 dollars a year to $99 or more. Amazon Prime members get free shipping, free access to streaming movies and other perks.

The service is one of the company’s most profitable aspects and one of the cornerstones of its business strategy.

“I have loads of fish. We have primarily angelfish, gouramis, betas and a salt water reef tank as well. I have a few sites that I go to and I do research, but I always end up going back to Amazon to buy them, because I’m a Prime member. And I’m going to get free shipping on that and it’s going to be there in 2 days.”

Amazon uses data it has on McCarty’s past fishy purchases to get him to buy more. And he does. McCarty says he epitomises the business model for Amazon Prime.

“Amazon is, for the most part, kind of like a perpetual Black Friday sale, right? You bring people in the door with the hopes that they’re going to buy more stuff when they get there.”

There are more than 20 million Prime members and the $79 they pay pretty much covers the cost of the free shipping they get. The rest is gravy.

And there’s a lot of gravy. Amazon Prime customers spend twice what regular customers do.

“You start buying everything through Amazon,” says Scott Galloway, professor of marketing at NYU’s Stern School of Business. Galloway says Amazon has purposefully sacrificed short term profits to get more customers and more pricing muscle. “It’s going to have tremendous pricing power and, at a certain point, it will be able to flex that muscle and become a very profitable company.”

Still, Galloway says Amazon considering a price hike for Prime could be a sign its investors are getting restless. “Amazon is acknowledging that the cocktail of huge growth and low profitability may be becoming a bitter cocktail for investors,” he says.

But the rationale for raising prices, may not be fast cash, speculates Michael Levin, co-founder of Consumer Intelligence Research Partners in Chicago.

“At Amazon, nothing is ever what it seems,” he laughs. “If they charge more, I think customers are probably going to spend more. So quite ironically, by raising the price of this membership, they may end up getting people to shop there even more.”

A more expensive Prime membership equals a customer who is all the more motivated to get his or her free-shipping’s worth.