The 5 steps of snow day acceptance

The 5 steps of snow day acceptance

Where are the Nannies Without Borders when you need them? For  working parents who have already blown through their repertoire of “fun things to do with kids when you’re stuck inside!” — and also their patience and vacation days– this winter has been particularly cruel.

And it threatens to get worse. In Boston earlier this month, on the same day that school was cancelled, yet again, an assistant professor at the Harvard Kennedy School unleashed a pro-snow day study. It concluded that snow days don’t, in fact, have a negative impact on learning — a finding that threatens to embolden superintendents to err on the side of cancellation.  Talk about kicking parents while they’re down.

Psychologists have yet to name the combination of despair and bitterness a snow day can trigger, but it’s not unlike the famous five stages of grief described by psychiatrist Elisabeth Kubler-Ross.
Based on interviews I’ve conducted with house-bound would-be working parents, they are:
Stage One: Denial 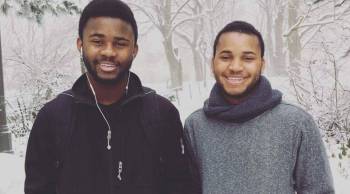 My Economy: Refugee says America is still ‘the land of opportunity’