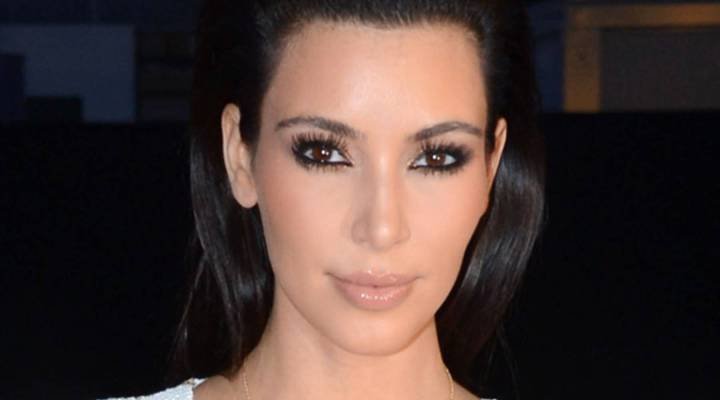 Bitcoin is a digital currency, controlled only by software, that somehow, some people have collectively decided is worth something. This can be a bit of a brain-bender.

But, it turns out, we do the same every day with cash.

“Money is a form of shared reality,” says Adam Waytz, a professor at Northwestern University’s Kellogg School of Management. It’s a shared illusion: “In order for it to have value, that means that everyone has to agree that this is something we’re going to treat as valuable.”

With cash, we take paper, with numbers printed on it, and imbue it with value greater than the sum of paper and ink. Bitcoin works the same way.

“It’s sort of the Kim Kardashian of money,” says Waytz. “Kim Kardashian is famous for being famous. Bitcoin is valuable because a lot of people have agreed to value it.”

One reason people value bitcoin is that it is hard to trace back to a person. It’s a feature that can make law enforcement a little nervous. There’s no bank keeping tabs. No paper trail. People buy illegal stuff with bitcoin. But, again, cash is the same.

“If you and I meet at a park, and I give you $100, and you give me something in return, and we part our separate ways, that’s a completely anonymous transaction,” says Jerry Brito, a research fellow at the Mercatus Center at George Mason University. There’s no record of the time, the park we met at, what we traded.

Cash can be better at keeping secrets than bitcoin. With bitcoin, Brito says, “you have to keep a record of the transaction, and the amount, and the bitcoin addresses that were involved. So it’s less anonymous than cash. It’s pseudonymous, is one way to put it.”

Bitcoin leaves a digital trail. That’s how bitcoin works. It’s a trail that cash is very good at erasing.

But cash isn’t entirely invisible. It’s got a physical presence. You have to get it. Move it. And, its physical nature has costs.

“I have to spend time going to the ATM, and take money out, and that could be time that’s taken away from other productive activities,” says Bhaskar Chakravorti with the Fletcher School at Tufts University. It may not sound like a lot, but it adds up, says Chakravorti, to tens of billions of dollars. Time that you wouldn’t have to waste in a bitcoin world.

There’s also the cost to businesses of using cash. You’ve got to hire services to protect it, and get it to and from the bank. Businesses, say Chakravorti, “incur costs because cash gets stolen from a retail outlet, or because there are robberies.” In a world where everyone uses bitcoin, instead, there’s nothing in the cash register for robbers to steal.

There’s another big cost of cash to our society. The tax gap. All the money that we don’t send the government in taxes, when we pay for things off the books. Chakravorti estimates that cash costs the U.S. government  more than $100 billion a year.

Bitcoin is enough like cash that that cost wouldn’t disappear.